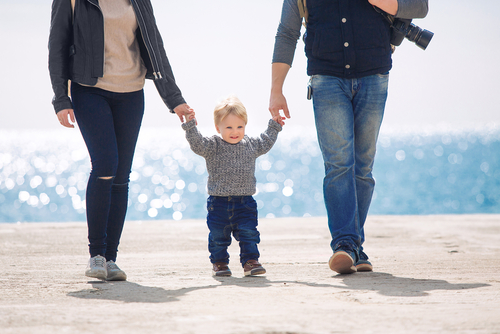 The Department of Work and Pensions is calling on organisations with 250 staff or more to publish their shared parental leave policies on their websites to improve transparency and encourage competition on pay.

Here, she explains why:

While theoretically Shared Parental Leave (SPL) is the perfect solution to many families’ childcare and career progression woes, not to mention government gender equality targets, it is still struggling to get off the ground. It’s not surprising then that MPs such as Liberal Democrat MP Jo Swinson who has tabled the bill to secure publication of SPL policies are calling for more radical action.

Anything HR can do to shine a light on the positive policies and support it has for shared parental leave has to be good. But there’s a bigger issue at stake – organisations being more transparent about all their working parent-related policies.

Whilst many big firms, publish such policies on their internal intranet site, some aren’t clear with employees about where such policy documents are located.  If they’re not even freely sharing this information internally, it’s hard to see them being happy to start publishing it externally on their websites.

Talking Talent has heard from lots of people desperate to know their company’s maternity/paternity/SPL policy but who didn’t dare ask ahead of getting pregnant for fear of ‘outing’ their plans to have a child – an intention that, understandably, most people prefer to keep private from their employer.

The resistance to the call to publish SPL policies will come from organisations without a great story to tell and who would prefer details not to be exposed for all to see.  But this highlights why making it a requirement (preferably one enshrined in legislation) would be extremely useful, pushing those organisations falling behind in their offer to step up, in the same way the gender pay gap reporting did.

However, publishing policies is just the first step; changing behaviour (and assessing whether those policies go anywhere near far enough) is quite another.

There’s a clue in the very name – ‘sharing’ is by definition more complex than ‘solo’.  Doing the paperwork for just a maternity leave in one organisation is already hard; when two organisations are involved (one for each parent), two different policies, two different career tracks, two pay packages… it’s doubly tricky.  It can be difficult for an organisation to see the true benefit of encouraging SPL if it only means that an employee (usually a dad) who would not historically have been entitled to longer leave, vanishes from the workplace for a period while his partner (working elsewhere, thereby with no direct benefit to the father’s organisation) returns to work.

We have found that although the take up amongst eligible employees is still tiny at 2%, there are some great success stories, especially where enhanced pay is offered by the employer.  That said, some organisations who have taken the step to enhance pay only do so in the exact equivalent period that they currently do for maternity leave – in the first six months – which, while equitable, is likely to be discouraging take-up.

Our anecdotal evidence is that parents who want to use shared parental leave are more likely to want the father’s share to kick in later – often in the last few months, to enable the mother’s return to work to be more smoothly bridged.  Ultimately, until it is paid in the same way as maternity leave, most working couples will end up making financially driven, rather than idealistic, choices.

Then there’s the barrier that no-one wants to talk about – that many women, despite wanting equality and involvement from their partner in general terms, are not at all keen to share “their” leave.

SPL can hugely benefit the family unit and organisations – where a woman is returning to work and her partner has been able to take over, using SPL, her transition is significantly eased and less fretful.

SPL also sets up a different dynamic for a couple caring for a young child.  Instead of just one parent knowing the ins and outs of the baby’s routine, what to do when, what to feed, where to go and all the minutiae that comes with a small child, both parents do.  You can’t survive SPL with a “lead” parent who’s gone back to work writing endless lists of do’s and don’ts.  They are both propelled into becoming more confident in how to deal with being alone with their child, so both parents end up being more equal.

There is still plenty of confusion about SPL among those coming up for eligibility.  We repeatedly hear from people who think you can’t overlap both partners taking time off simultaneously, being uncertain whether the pay is enhanced by their organisation, wrestling with how to calculate the financial implications, and stopped in their tracks when they simply do their sums.

We hear a common desire to take advantage of a great benefit, but a parallel sense of heavy overwhelm, lots of paperwork, and an overriding feeling that it might all be more hassle than it’s worth, so maybe best stick to the known entity that is maternity leave.  Quite apart from the gender expectations and career consequences that men wishing to take SPL need to overcome in many workplaces, where the fear of being lambasted for being ‘un-manly’ enough to apparently put ambition on hold to change nappies for an extended period is very real.

Paternal bias tends to rear up the second SPL enters the room.  Research from the University of Plymouth in 2017 shows that fathers are more likely to face objections when proactively seeking an improved work-life balance, while mothers are praised for their dedication to the division of time and focus between work and family.  And the BBC recently explored how fathers are ‘afraid to ask for flexible working’.

There is no downside to an organisation shouting about what it has to offer new parents unless the prevailing culture or subtext within leadership messaging is that parents – especially dads – who take SPL are ‘lesser’ for doing so.

Lastly, despite all the messaging at policy level – and perhaps HR department – level, Talking Talent’s coaching work ‘on the ground’ with new dads suggests that outdated beliefs frequently raise their head (“ I can’t reconcile taking SPL and the potential impact on my bonus or prospects for promotion”; “My boss wouldn’t be keen for me to take extended leave”; “No other guy on my floor has taken SPL – I don’t want to take the hit of being the first”; “Men just don’t DO that!”).

Senior leadership teams need to be challenged to make sure policy words on paper – whether published on the company website or not – are backed up by both their spoken and unspoken messages in order to truly create a culture that enables SPL. 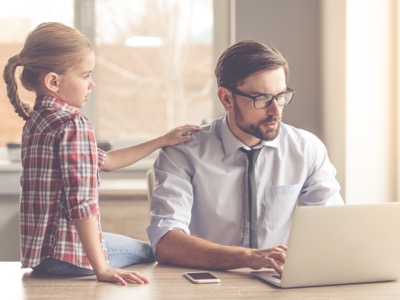 Tricks and treats for working parents in the COVID era 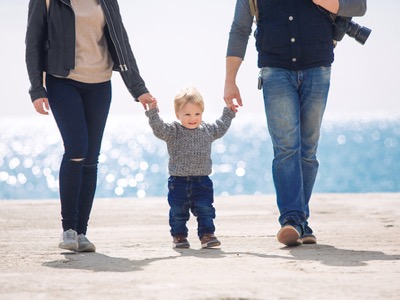