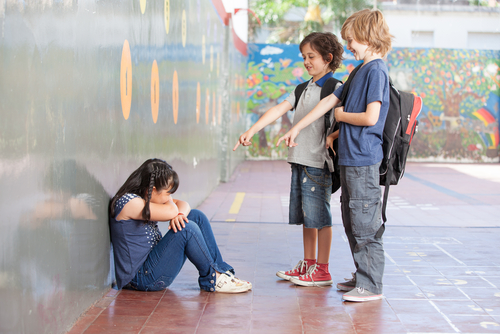 More than a 1,000 schools across the UK will take part in an initiative to stamp out homophobic, biphobic and transphobic (HBT) bullying in the classroom.

The £3 million initiative, led by the Government Equalities Office, aims to ensure children are free from being bullied for their sexual orientation or gender identity.

The programme will see primary and secondary schools across the country partnered up with organisations such as Stonewall, Barnardo’s and the National Children’s Bureau, to educate young people to accept and respect each other’s individuality in an age-appropriate way.

The scheme is part of the government’s drive to deliver further progress on LGBT equality and help prepare young people for life in 21st century Britain.

Minister for School Standards and Equalities, Nick Gibb said, “Bullying at school is cruel, particularly at a time when LGBT pupils are coming to terms with their sexuality or gender.”

“I am determined that we stamp out the use of the word ‘gay’ as a pejorative term and prevent bullying of all kinds so pupils feel safe and able to achieve their full potential.”

“I am delighted that so many schools across the country will be participating in this programme.”

“By creating a culture of acceptance and respect in our classrooms we can support young people as they discover who they are.”

Dominic Arnall, Head of Projects and Programmes at Stonewall said, “We welcome the Department of Education’s continued dedication to tackling homophobic, biphobic and transphobic (HBT) bullying in schools.”

“We work with over 1,000 schools across Britain, empowering teaching staff to celebrate difference and acceptance in their classrooms.”

“We also train teachers to go on and train other groups of teaching professionals, not just on how to tackle anti-lesbian, gay, bi and trans bullying, but how to prevent it in the first place.”

“When bullying is not tackled, it can have a deeply damaging and long-lasting effect on young people.”

The initiative comes after lesbian, gay, bi and trans equality charity, Stonewall, revealed that hate crime against LGBT people has increased by 78 per cent since 2013.

The research, conducted by Stonewall, found that one in five LGBT people have experienced a hate crime and incident because of their sexual orientation and/or gender identity in the last 12 months.

The survey, which polled over 5,000 LGBT people, also revealed that 41 per cent of trans people have experienced a hate crime or incident because of their gender identity in the last year.

One woman surveyed said, “I had one incident where girls did not want to enter the bathroom stall I had used despite a large queue, like I was infected.”

“Straight people don’t know how privileged they are not to have their love questioned, or to have romantic days out and not think about who is around you or how safe you are.”

Alison is the Digital Content Editor for WeAreTheCity. She has a BA Honours degree in Journalism and History from the University of Portsmouth. She has previously worked in the marketing sector and in a copywriting role. Alison’s other passions and hobbies include writing, blogging and travelling.
Previous PostBelgian Agnes Varda is the first female director to be awarded an honorary OscarNext PostTIME magazine celebrates women breaking the glass ceiling