National governing bodies are working towards becoming compliant with the new Code for Sports Governance by the end of October.

Crouch announced her plan for the new code in December 2015 in a move to ensure that sports bodies in the UK lead the world with the highest levels of governance and transparency.

The code requires that bodies aim for greater transparency; increased skills and diversity in decision making – with a target of at least 30 per cent gender diversity on boards; and constitutional arrangements that make boards the ultimate decision-makers.

If sporting bodies do not adhere to the code and cannot demonstrate full commitment to it they will not be eligible to receive public funding.

Significant progress is being made, with 50 sports bodies including the Football Association, England and Wales Cricket Board, Lawn Tennis Association, Rugby Football Union and British Cycling all having plans already agreed on how they will become compliant.

Progress is also being made throughout Olympic and Paralympic sport governing bodies. British Gymnastics have a strong gender diversity on its boards, with 50 per cent of it female.

Sports Minister, Tracey Crouch said, “I am really pleased with how governing bodies have responded to the introduction of the code.”

“I appreciate for many sports this is not an easy task, due to the complexities of current governance structures, but virtually all of them have stepped up, understand the importance of this work and have changes in the pipeline that will collectively strengthen sport in this country.”

“Good governance and transparency in sport is absolutely paramount – not just for effective decision making but to increase diversity, maintain sport’s integrity and ensure millions of sport fans have complete faith in those that run sport.”

UK Sport CEO, Liz Nicholls said, “Our funded sports, in receipt of support from Government and The National Lottery, have all embraced the new code for sport governance, with 100 per cent of the summer Olympic and Paralympic sports with funded World Class Programmes having agreed detailed action plans with us to be compliant by October.”

Sport England CEO, Jennie Price added, “Implementation of the Code has been a huge undertaking but we are very pleased with the progress NGBs have made.”

“A lot of change is now happening in a relatively short period of time.”

“Despite the hard work involved, sports bodies have embraced the Code, recognising that better governance means better decision making, and have welcomed the chance to bring their business processes in line with best practice in other sectors.”

“We think these changes will pay off for years to come, with British sport leading the world.”

Crouch’s praise comes after it was reported in March that top UK sporting bodies were at risk of losing funding if they do not introduce more women into senior roles.

According to a survey, out of the 68 Sport England and UK Sport-funded national governing bodies, around half had less than 30 per cent of women in non-director roles.

Alison is the Digital Content Editor for WeAreTheCity. She has a BA Honours degree in Journalism and History from the University of Portsmouth. She has previously worked in the marketing sector and in a copywriting role. Alison’s other passions and hobbies include writing, blogging and travelling.
Previous PostITV chairman says they will never reveal stars’ salariesNext PostToday marks 50 years since homosexuality was decriminalised but four in 10 still believe gay sex is “unnatural” 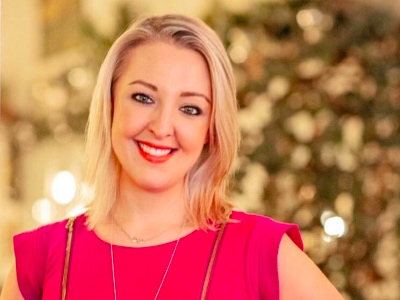 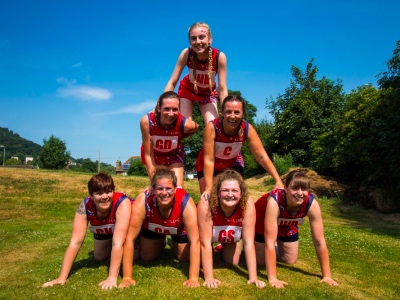 How a game of netball with friends can bring unexpected, but welcome benefits