The fight for equality in the UK approached a turning point on 4th April 2018 when companies were forced to reveal their gender pay gap.

The results were as expected – almost eight in ten companies and public-sector bodies pay men more than women. But what did these results actually reveal? The figures and the quality of the data are far from perfect. For example, high-level executives including partners and non-employed, low-paid workers are not included. We cannot therefore confidently say that the results are representative of the reality of the gender pay gap within companies – or equality in general. It could be much wider or indeed narrower than we think.

We’re now three months on and despite the promise of change, official forecasts predict that the gender pay gap will persist until at least 2047. Which begs the questions – is it going to be worth the wait? And will it lead to fairer pay within companies?

The truth is that equality within business, particularly around pay, is so much more than the pure gender debate. We need to consider what it means in terms of ethnicity, age and ability as well. In October 2017, the Parker Review published its first report on ethnic diversity in the boardrooms of UK companies. The report revealed that only 8% of 1,050 director positions are directors of colour and more than half of FTSE 100 companies have no ethnic minorities on their board. It’s clear that the problem of equality is much more than the pay gap between genders.

That said, the gender pay gap reporting is starting to increase the visibility and importance of all equal pay legislation with employees and wider stakeholders. This greater attention is starting to shine the spotlight on pay inequity and raises significant financial and reputational risks for companies who are not in compliance with the regulations. Birmingham City Council is one of the more famous cases of the financial risk associated with equal pay. Losing its fight against thousands of women it underpaid for years cost the Council an estimated £1.1 billion. That’s not the sort of bill any company wants to foot.

So how do they go about putting in practical steps to start making progress towards greater equality now? Firstly, companies must take a good look at how they currently fair from an equality perspective. Having an understanding of the problem will make finding a solution much easier. From there, they can then develop a plan of action for the next three to five years because, let’s face it, it’s impossible to change everyone’s pay overnight.

Typically, these types of pay and diversity analyses are done in Excel. There are also some HR platforms that can do elements of this; they can help develop a hiring plan but won’t provide a long term overview and model different scenarios showing how the hiring plan will help address the balance of equality over time. For example, what if you find a group that’s sitting outside of the pay structure? You need to get them back in and track the progress on a rolling basis.

The only way to do this is by using a more modern, connected approach to planning. By using a joined up platform to capture, monitor and analyse how your company is performing against any equality goals you set, you can make changes much more quickly. You’ll also have real-time updates easily accessible. We’ve recently launched a new app, based on connected planning. It helps businesses analyse their current equal pay gaps based on previously defined pay components (salary, bonus etc.) and forecast what those pay gaps could look like in the future, if certain changes are implemented. The app will then create a report which shows how a business’ current pay gap differs from the forecast, demonstrating the impact of the changes you are introducing in real time.

Most companies do this type of analysis on an ad hoc basis, particularly those with large, complex workforces. That’s where more modern planning comes into its own. Local councils are a good candidate for example; they have complicated terms and conditions around hiring and contracts and within one pay grade could have multiple different roles, some of which might be unionised, or they’ve been transferred from a different organisation.

Businesses need to start getting a handle on what equality within their organisation looks like and plan to bring about change now. The momentum around equality is gaining and businesses that don’t show that they’re making steps in the right direction to address the balance could face massive financial and reputation risk. It’s impractical to suggest we can solve all pay gaps tomorrow, but surely we can do better than 2047? 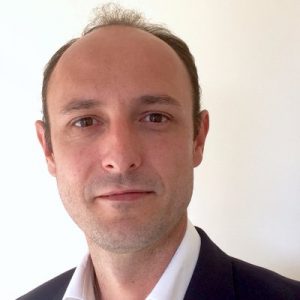 Sean Culligan is Head of Services at Vuealta. Sean is an experienced management consultant with deep experience in the field of reward and incentive compensation. In the past he has supported large organisations across the private, public and not for profit sectors in pay structure design and salary benchmarking (including regular assessments of equal pay). He currently leads the UK Consulting team at Vuealta, helping companies use technology to enable connected planning across the functions of their organisations.