0
You have 0 items in your cart
Go To Shopping
Home > Lifestyle > Top 10 Hotels with a difference from Hotels-London.co.uk

Zetter Hotel in Clerkenwell is set in a converted 19th century warehouse with retro-modern designed bedrooms. Each room has gorgeous sash windows with wooden shutters. What’s great about these rooms is the attention to detail with items like hot water bottles and penguin paperback books mingled with lots of modern technology such as iPod docking stations. The top floor studios also have sun decks so guests can enjoy fabulous views over London.
http://www.hotels-london.co.uk/Hotels/86054_the-zetter-hotel

Eccleston Square This très chic hotel finds its point of difference in its technology packed bedrooms. It is the only hotel in London to boast an iPad 2 in each room, it also has adjustable beds, electronically controlled curtains and there is even an LED TV in the shower!
http://www.hotels-london.co.uk/Hotels/235990_eccleston-square-hotel

Hotel Rafayel on the Left Bank makes an impression from the very beginning by offering guests a free transfer to the hotel. What really sets the Rafayel apart is the fact that it is an environmentally friendly luxury hotel which harvests rain water to produce energy; it claims to cut the average London visitor’s carbon footprint by 20%!
http://www.hotels-london.co.uk/Hotels/197700_rafayel-on-the-left-bank-hotel-spa

The Capital Hotel is a luxury boutique hotel in Knightsbridge with an amazing team of bartenders. Cesar da Silva is the bar manager and is an attraction in himself. He is the youngest ever UK Keeper of the Quaich, which is a Society at the heart of the Scotch Whisky industry and his Cocktail Master Classes are renowned, as are his Whiskey & cheese pairing classes.
http://www.hotels-london.co.uk/Hotels/67258_the-capital

Andaz Liverpool Street – This hotel has something that no other hotel can rival – a secret Masonic Temple which was only discovered during a refurbishment in the 1990’s. The Temple was originally constructed in 1912 at a cost of £4million in today’s money and played host to secret Freemason meetings.
http://www.hotels-london.co.uk/Hotels/69622_andaz-london-liverpool-street

K West – The best thing about the K West has to be the phenomenal spa. It won Best Luxury Hotel Spa at the 2011 World Luxury Spa Awards, and for good reason! The spa even features the first Snow Paradise in London – a Finnish experience reminiscent of Narnia which invites guests freeze their way to good health!
http://www.hotels-london.co.uk/Hotels/1199_k-west-hotel-spa

St Pancras Renaissance – The location and grandeur of the St Pancras Renaissance is truly breathtaking. This hotel can be found right at the heart of St Pancras train station with a stunning glazed entrance hall which was once the drop off point for Victorian rail passengers. Its gothic exterior was famously designed by Sir George Gilbert Scott when the hotel originally opened as the Midland Grand.
http://www.hotels-london.co.uk/Hotels/226588_st-pancras-renaissance-hotel-london

St John Hotel is the brainchild of culinary hero Fergus Henderson and business partner Trevor Gulliver, and follows hot on the heels of St. John Bread & Wine, St. John Bakery, St. John restaurant and St. John Wines, so the food is the real attraction here. Henderson is famous for his ‘nose to tail’ eating, which is evident in the menu at the St John Hotel and about which he has also authored a book. The rooms are pared-down and simple but still ultra stylish.
http://www.hotels-london.co.uk/Hotels/219171_st-john-hotel

Town Hall Hotel – The guys behind the Town Hall Hotel & Apartments have worked hard to preserve the history and architectural integrity of the building and really incorporate it into its current incarnation. This even extends as far as the Town Hall Tea Lady, who comes knocking at your door before dinner with a trolley of ingredients to make you a bespoke martini!
http://www.hotels-london.co.uk/Hotels/200961_town-hall-hotel-apartments

Hazlitt’s – There is nothing modern or contemporary about Hazlitt’s; it is old fashioned British decadence in all its glory. As well as antiques, freestanding bathtubs and damask curtains, the bedrooms also feature original Victorian plumbing and creaking floor boards can be found throughout! One of the most unique things about this hotel is that it is frequented by literary types who have taken to leaving a signed copy of their latest manuscript which guests are then free to read.
http://www.hotels-london.co.uk/Hotels/73076_hazlitts 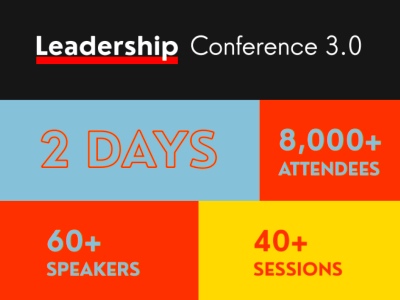 How to help Black entrepreneurs thrive in 2021