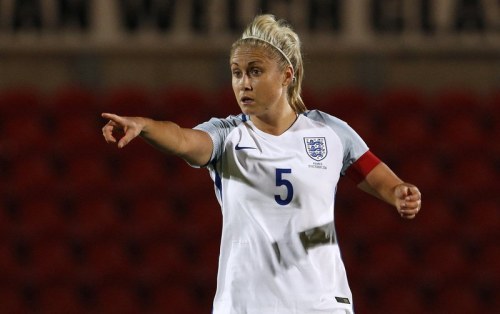 According to research conducted by Ticketgum.com, Rooney earns £300,000 a week, while Houghton reportedly earns £65,000 a year.

The Women’s FA was originally formed in 1969, and three years later the first Women’s World Cup took place. Since then, interest in women’s football has grown, especially in recent years with the success of the English women’s team in the 2015 Women’s World Cup.

Meanwhile, under new government legislation, top UK sporting bodies could be at risk of losing funding if they do not introduce more women into senior roles.

However, the attitudes amongst fans of the sport reflect why a gender pay gap still exists. Oliver, 28, from London said, “I believe it is fair that women get less pay than men in football.”

“The quality from men and standards are much higher.”

“They also train more and spectator rates are greater for men than women.”

“I tried watching a female match once, and was very quickly bored out of my mind watching them.”

“There is no thrill or excitement.”

This is despite the England team coming third in the 2015 Women’s World Cup, while their male counterparts were eliminated at the knock out stages.

Alison is the Digital Content Editor for WeAreTheCity. She has a BA Honours degree in Journalism and History from the University of Portsmouth. She has previously worked in the marketing sector and in a copywriting role. Alison’s other passions and hobbies include writing, blogging and travelling.
Previous PostChloe Grace Moretz “angered” by her film’s body-shaming posterNext PostKathy Griffin fired from CNN after beheaded Trump photo