0
You have 0 items in your cart
Go To Shopping
Home > News > Gender News > What is happening in Iran right now? 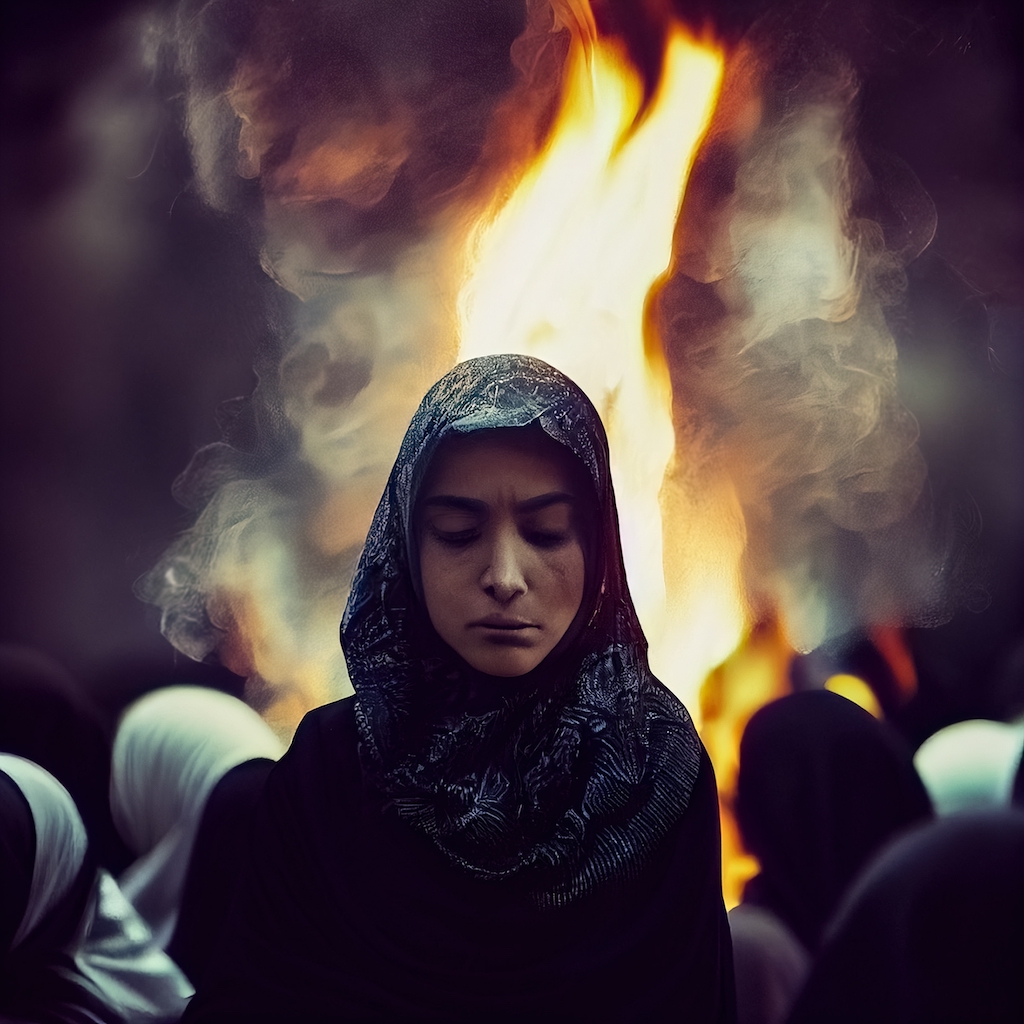 Women in Iran are being policed and killed for their bodily autonomy. On September 13th, 22-year-old Mahsa ‘Jina’ Amini was arrested and detained by Iran’s ‘morality police’ for wearing what was deemed to be an ‘improper’ hijab whilst on a family trip to Iran.

The ‘morality police’ or the ‘Gasht-e-Ershad’ is a specialised unit of Iran’s police force, which is tasked with enforcing the laws on Islamic dress code in public across Iran. Under Iranian law, all women above the age of puberty must wear a head covering and loose clothing in public, although this law does not state a proper age, it has been reportedly enforced on girls as young as 7 years old. If this rule is not followed the ‘morality police’ are known for detaining and arresting non-complying individuals. Mahsa Amini was arrested in the country’s capital of Tehran, for allegedly having hair visible under her headscarf. Witness reports recall that Amini was severely and brutally beaten in her head by members of the ‘morality police’, and she soon fell into a coma after collapsing during her detainment at the Vozara Detention Centre. Amini sadly died three days later.

Amnesty International has identified that the reach of Iran’s ‘morality police’ places the entirety of Iran’s population of 40 million women and girls under strict surveillance. These women and girls are open to being stopped and examined for how many strands of hair are showing through their hijab, the amount of ankle revealed by their trousers, and even the amount of make-up that they are wearing. This is not a new reality for the women of Iran, as Iran’s mandatory hijab law came into effect in 1981 following the Islamist Revolution, which saw the beginning of these laws being arbitrarily enforced through the brutalization and arrests of women who are deemed to be ‘improper’.

In response to Amini’s brutal death, Iranian women have been leading an uprising. In bold and courageous attempts to defy the Iranian ‘morality police’, Iranian women are burning their state-mandated scarves and publicly cutting their hair. The Iranian government has responded to these protests by inflicting further brutality on protestors, with reports of live ammunition, tear gas and pellet guns being used, alongside the government cutting off internet access and shutting mobile network use in several areas of Iran. It is currently estimated by Amnesty International that at least 19 people have been killed amidst clashes between civilians and Iran’s security forces.

What you can do and how you can help:

This committee serves to be the ‘voice of Iranian Women’ and fights for gender equality in the country. Donations to the NCRI Women’s committee will support their efforts to help achieve equal rights for Iranian Women, whilst also advocating for their bodily autonomy.

The Iranian government continue to supress internet access across the country, which means the truth of the situation in Iran is becoming increasingly difficult to escape the country’s borders. Share Iranian people’s social media posts about the reality of what is happening in Iran, and use the hashtags #MahsaAmini, #ZhinaAmini, #JinaAmini, and #IranProtests, and tag major news outlets and celebrities. Make it impossible for the Iranian government to further silence the voices of Iranian women.

United for Iran and Gershad

United for Iran is a US based non-profit that consists of experts, developers and human rights activists who use their expertise to better achieve civil rights in Iran. Their app Gershad, is being relaunched and will serve as a tool for Iranian women, and alert them of the whereabouts of ‘morality police’ across the entirety of Iran.