The gender pay gap is the difference between a man and woman’s average weekly earnings, based on equivalent hours and job roles.

In 2015, the Office of National Statistics (ONS) released it’s latest figures in the Annual Survey of Hours and Earnings, which showed that their figures had shrunk to 9.4% from 9.6%. However, this figure still translates into men working full-time earning £567, compared to women of the same earning £471 per week.

On Equal Pay Day (9th November) last year, it was revealed by the Fawcett Society that women were effectively working for free until the end of the year.

However, the current government is aiming to tackle the issue of the pay gap and plans to create a National Living Wage for over 25s. The scheme is said to mainly focus on and help women, who tend to be in lower paid jobs. It was also announced that as part of the Lord Davies’ report, FTSE 100 companies had met the target to get a quarter of women in the boardroom.

Our latest news on the gender pay gap:

The Gender Pay Gap – Time to get flexible

Clare Forestier’s blog asks if the gender pay gap is a feminist myth or very real pay discrimination, and could flexible working resolve it?

Talking about love, life and feelings, i.e., our sex lives, is fairly common at work – No? Well, maybe it’s just my office. However despite open and entertaining chats about most things, nobody ever talks honestly about their salaries (even at some of the work socials where, it seems some of my colleagues are pretty liberated in every other way).

The actress, Patricia Arquette has once again spoken out against the gender inequality in Hollywood and the film industry.

Following on from her now famous, Oscar’s acceptance speech earlier this year, Arquette said, “It wasn’t all about actresses – it actually also revealed that [in] other departments there was also great wage disparity – editors and sound mixers and all kinds of different things where women were paid less than men.”

The amount women are earning compared to men has shrunk to 9.4%, according to statistics released today, but overall there has been little progress made in the last four years.

The Office of National Statistics (ONS) has released its Annual Survey of Hours and Earnings, which showed that the figure was down from 9.6% in 2014 and at its lowest level since records began.

Publication of the gender pay gap will have an impact on peoples feeling towards their employers and career choices, according to a report from the Business in the Community (BITC).

BITC is the Prince of Wales’ Responsible Business Network, which works to tackle issues aimed at building a fairer society and more sustainable future.

In the fight for gender equality, the prime minister will today reveal new measures that will force large companies to disclose the gap between the pay of male and female workers.

David Cameron will outline plans that will mean companies with over 250 employees will have to show differences between salaries. Once today’s initial consultation is completed, regulations would be introduced by early 2016. The plan is also expected to include a fine of up to £5,000 for non-compliance.

Alison is the Digital Content Editor for WeAreTheCity. She has a BA Honours degree in Journalism and History from the University of Portsmouth. She has previously worked in the marketing sector and in a copywriting role. Alison’s other passions and hobbies include writing, blogging and travelling.
Previous PostHappy New Year!Next PostWhat is the Representation of the People Act? 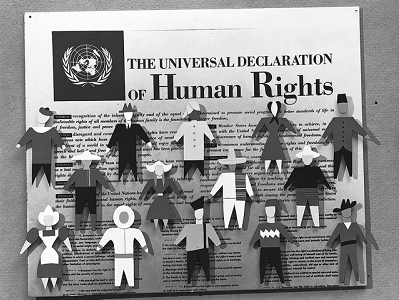 What is the Human Rights Act?