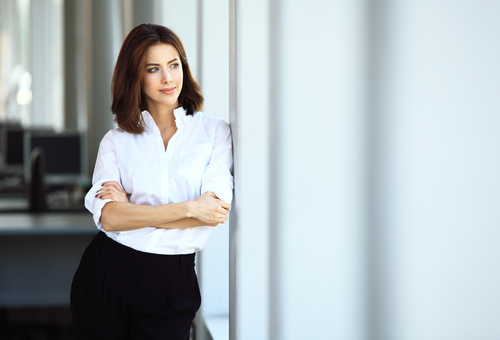 Gender equality seems so obvious to me so I can’t really comprehend in this day and age why it is still an issue.

From a very young age, I have only ever seen women as equal to men. My Nan was a very successful lady who worked in research, a professional marketing service and before that she was a retail entrepreneur who owned her own clothes shop. She was very strong, very successful and very charismatic.

I am also very lucky to be married to a very successful woman, my wife Leanne used to work for the BBC and now runs her own creative agency. I have a daughter, 7, and since becoming a husband and father I have definitely thought about the gender debate a lot more than I ever did before.

I want my daughter to know that she can be or achieve anything, I want to make her feel ambitious and confident but also to be realistic about what is achievable and that it’s only achievable if you work hard; if you are prepared to work hard and dream big then she’ll be able to do whatever she wants.

I also have a son and I teach him exactly the same, it has nothing to do with being a boy or girl, but about them being a person and if either of them want to be a ballet dancer, a brain surgeon or a builder then I support it. However, they also need to have the aptitude as I’m not going to let them go on X factor if they can’t sing!

Professionally, I feel exactly the same. In my company, Big Cat, just over 50 per cent of staff are women, my most senior staff member is a woman and two out of three of the senior management team. Diversity in inclusion have always been encouraged at Big Cat and it has been a great benefit as a result.

However, I know that outside my personal and professional life, the problem of gender equality still does persist and in many industries there is definitely a glass ceiling. However, it’s very positive that action is being taken and I would tell anyone who feels that glass ceiling to keep going until you break though it or at least invest your worth in a company where they sky’s the limit.

As a husband and a father, I have seen first-hand the challenges that women face from having to have a break in their career or time off due to having children and then there’s the guilt they feel on their kids when they go back to work. I think it’s necessary for women to have a space in women-only events where they are able to discuss these challenges and how to overcome them because the options are not always there for them. For example in Big Cat, no one else has had children yet so when they do there’s only me who can share my experience of managing the new work-life balance. As their employer it will be up to me to accommodate their needs and to be flexible.

I’ve been very privileged to work with very strong, confident and direct women and at the same time, I have worked with men with opposing traits. I don’t see this as being gender specific, rather the difference in different people’s personalities.

I believe in finding the strengths in people, men or women. Some people are great with figures and some people are exceptionally creative. The key is to help them to be as good as they can be, build on their strengths and work to make sure their weaknesses aren’t a hindrance.

I’ve never understood or thought of anything that only men can do and that way of thinking is just alien to me. The women in my life have all had a huge influence on Big Cat and it wouldn’t be the agency it is today without them.

Anthony Tattum is the managing director at creative communications agency Big Cat, which he co-founded in 2000. He began his career as a music and event promoter in 1993 whilst studying at University of Birmingham.

During the mid-90s Anthony launched and promoted many of his own music events and expanded into recording, venue and artist management and tours before setting up his first consultancy business in 1998. His first clients were vFestival, Brixton Academy and Coventry University.

Anthony launched Big Cat as an integrated communications agency focused in the travel and entertainment industry working with MyTravel youth brands. Through the early 2000s Anthony focused on youth and entertainment brands and large, outdoor events before expanding into charity, local government and business services sectors.

Anthony lives in Birmingham with his wife and two children.