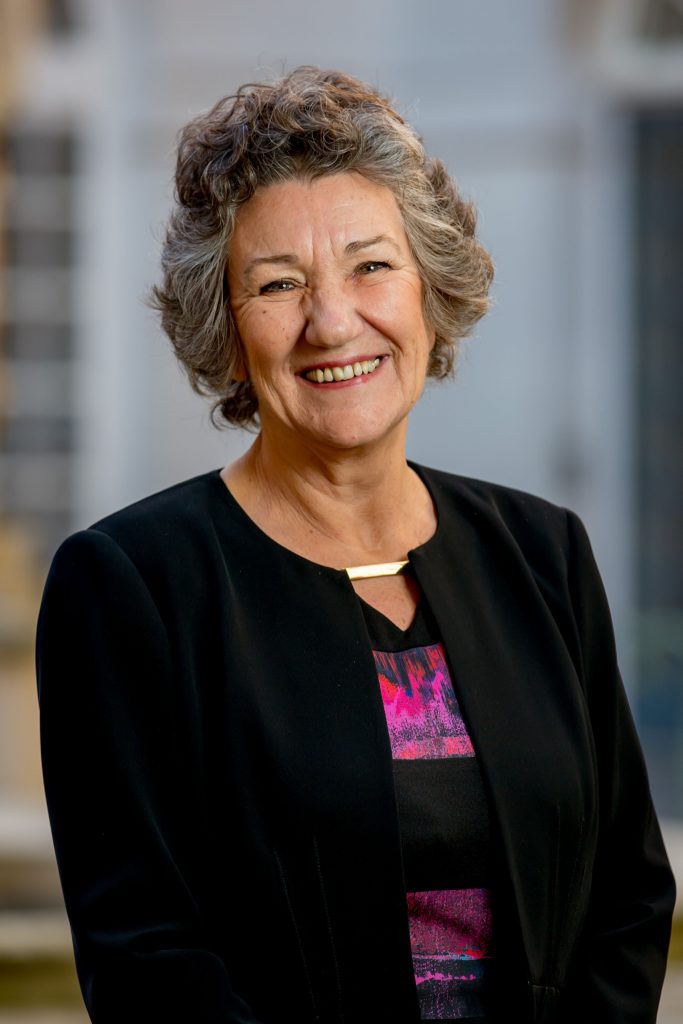 A dynamic and inspiring speaker, serial entrepreneur, mentor, angel investor and one of the UK’s leading authorities on small businesses, Bev Hurley has spent more than 30 years building successful companies.

She has a wealth of hands-on experience and hard evidence of what works and what is needed in order to grow a successful small business or build a multi-million pound company.  Under her leadership, the YTKO Group has achieved significant growth in turnover, profit and productivity year on year. A commitment to product and service innovation coupled with relentless customer focus has fuelled this growth, and underpins YTKO’s 2020 mission to support over 20,000 businesses, raise £50 million in growth finance, and create 10,000 new jobs. Clients range from the most disadvantaged individuals, to disruptive entrepreneurs in science and technology, SME and corporate clients in the UK and Europe. Bev holds a number of private and public non-executive directorships. Her wealth of successful practitioner delivery, coupled with a deep understanding of local, regional and national economic development challenges, enables Bev to provide a range of perspectives to the Institute of Economic Development (IED) for whom she joined the Board in 2011 and has served as Chair since November 2016. She was awarded a CBE in the Queen’s New Year Honours 2014 and the Queen’s Award for Enterprise in 2012.

My main role is CEO of YTKO. Through our range of services, spanning start-up, scale-up, finance and female entrepreneurship, we provide award-winning support for new entrepreneurs and small, medium and larger companies seeking expansion. I am also Chair of the Institute of Economic Development (IED), the UK’s leading independent professional body for economic development and regeneration professionals working for local and regional communities. There is a correlation between the two roles as YTKO delivers a significant amount of public sector start-up, growth and access to finance projects for local authorities and local enterprise partnerships, which comprise the IED’s membership. My first job was with a 19th century social landlord in deprived parts of inner-city London. I led a major renovation project involving more than 3,000 homes and created one of the first tenants associations in London. This was my first exposure to poverty and inequality, and is a key factor in why I champion wealth creation and inclusive growth today.

I actually wanted to be either a doctor or a lawyer, although no-one believed in me that much. Anyway the first door was closed due to a lack of three science A-levels, and I turned down a later opportunity to do law at the London School of Economics. Once I started working for myself I knew that this was the plan! I started my first business buying up rundown property and converting it into flats. I then moved to Canada to a brand new gold mine and helped bring about the world’s first non-unionised mine, which led to an amazing safety record, low staff turnover, and record gold production. I later returned to the UK and started and sold several new businesses, including management buy-out of an industrial design agency, interior furnishings and professional mediation company, all as a single Mum. I joined YTKO as CEO in 2000, and took over the company in 2014. I’ve launched successful disruptive new services launched every three years since 2006, and led the company through doubling and redoubling in size.

At YTKO the biggest achievement has been the realisation of our successful mission, launched in 2006, to support over 20,000 businesses, help them raise £50 million to sustain and scale, and through helping that growth, to enable them to expand and create 10,000 new jobs for the UK economy. We are currently at 22,500+ businesses, £72 million, and 10,027 new jobs – and we are very proud that half of all our clients are women! We have also upskilled over 30,000 individuals, the vast majority from areas of multiple deprivation and/or difficult circumstances. I am also personally proud to have held the Queen’s Award for Enterprise Promotion, and have been awarded a CBE for Services to Enterprise in 2014.

Lots and lots of challenges: bringing the social landlord and its trustees into the 20th century in my first job; working in a male-dominated environment in the gold mine AND within a massive change context; dealing with policy and politics; surviving (and thriving in) the recession; managing risk, downturns and market changes; failing to find a work-life balance and learning not to worry about it; and building a succession team. The list is endless when you’re running your own business! With reflection, I wouldn’t say that there was a standout obstacle that has affected my professional journey. For better or worse, I’m the sort of woman who has to have challenges and obstacles in her life, to be told ‘it can’t be done’. It’s a real driver for me, because I believe nothing is impossible, and I thrive on finding a way round, through, under or over as needed!

I can’t just attribute one major factor in achieving my successes, however you want to define that word. There has to be at least three: innovation, determination and leadership.

I am a passionate supporter of mentoring. I have had two amazing male mentors in my only two employed jobs, have instigated and managed more than half a dozen successful mentor programmes, and currently mentor two women and a man. One of my unfulfilled dreams is to start up a London peer-to-peer and corporate mentorbank. I have the expertise to do it, and know it would make a massive economic and social impact. I just need to find the seed funding to get it up and going. It’s on the to-do list!

If you could change one thing to accelerate the pace of change for gender parity, what would it be?

What will achieve gender parity in business ownership (where woman are at best 20%) is for the new government to commit long-term, significant investment for tailored support to help women start and scale businesses. The US did it, and achieved equality as a result.

There’s never just one challenge. At some point in the next three years, stepping up from CEO to Chair of YTKO and helping it survive any Brexit fallout to thrive for another 40 years, handing over the leadership of the IED, increasing my angel investing and other Non-Executive Director roles, giving more time to the Perspective Project, an amazing mental health charity I Chair, book writing, creating the London mentorbank, some more travel adventures…no time for retirement for a while yet!

Believe that you can, and you will.