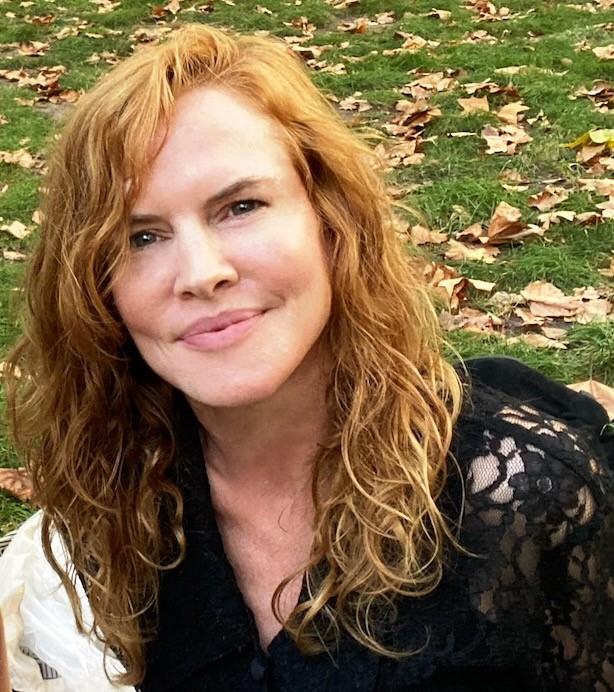 Dr. Elizabeth R. Moore is Director of the MBA in Leadership at the University of Law Business School.

My career has been more of a zig-zag than a straight line. After completing my PhD in Cultural Studies in the US, where I’m from, I received a Fulbright Grant to teach in at St. Petersburg State University. I ended up staying for five. Russia is never boring and my life there was fascinating, but once the Putin regime began to bare its teeth, I moved to the UK. The rule of law had never seemed so sexy. Here I spent more than a decade teaching at Cambridge University, where I also received a Diploma in Coaching.

Last year, I was hired by The University of Law Business School to design and direct a new MBA in Leadership. I love helping to build and create new projects. One of the joys of my role at The University of Law Business School is that it’s still in its early stages, so the mindset is fresh, dynamic, and open to creative possibilities. I’m working with a wonderful team and I feel we’re in the process of building something unique and innovative – a business school that is grounded in a leadership ethos that genuinely features empathy, creativity, integrity, intellectual rigor and resilience.

A few years ago, I was teaching a summer course at Cambridge University with students from all over the world. One of the youngest students in the class was a young woman in her early 2Os from Germany. This bright young student spoke at one point about how she always plans her life in 5-year stages and how she’s very careful never to divert from her plan because she might not reach her goal. When she finished speaking, the class went silent for a moment. Suddenly, the woman sitting next to her, a 75-year old professor of sociology, leaned over, put her hand on the young woman’s arm, and said with a kind smile, “Bless you, dear.”

What the older classmate knew, of course, is that the best laid plans of mice and men often go awry. Yes, it’s extremely important to plan for our educations, our careers, our businesses, etc. But if the past few years have taught us anything, it’s that the capacity to be flexible, adaptable and resilient is critical to surviving and thriving when the plans, as they so often do, go awry.

In terms of my own career, I love the advice the writer Neil Gaiman gave in a commencement address at the University of the Arts in 2012. He was talking about pursuing your passion and said, “Something that worked for me was imagining that where I wanted to be was a mountain – a distant mountain – my goal. And I knew that, as long as I kept walking towards the mountain, I’d be alright. And when I was truly not sure about what to do, I could stop and think whether it was talking me towards, or away from, my mountain.”

That’s what I’ve done. For each decade of my life, I couldn’t have imagined what was coming in the next, but I’ve always walked towards my mountain. My only definite plan is to keep walking in that direction.

What kind of challenges have you faced along the way?

Like most people, I’ve faced many challenges. Some were of my own making and some were offered up to me by the world. Self-doubt, toxic environments, culture shock, personal loss – I’ve encountered all of these and more, and every single one has played an enormous part in my growth. We often seem to think it’s a modern idea that challenges are an opportunity for growth, but this has been for good reason the central tenet of character development since at least as early as The Epic of Gilgamesh in ancient Babylon.

Challenges also help keep us humble. The wisest leaders demonstrate humility because they know that they are just another person on an individual journey, with an infinite amount left to learn. Every time I get thrown by a setback or mistake, or even just a sudden realization that I failed to see things clearly, I try to regain equanimity by looking for what I can learn from it.

So many factors play a part in anyone’s success – opportunities, luck, motivation, perseverance, role models, people who believe in you – there’s rarely just one major factor. I’ve benefitted from all of these and more.  But I think it’s also important to consider how we define success. From one perspective, a life might look like an enormous success, while it might look like a train wreck from another.

I think a big part of achieving success is defining for yourself what that is. Whether it’s cultivating a beautiful garden, or campaigning for a just cause, or founding your own company, or pursuing your artistic dreams, or managing to have a happy marriage, or whatever that looks like for you, defining your own unique, authentic version of success will be a major factor in achieving it.

I think mentoring is enormously valuable. I work as a leadership coach as well as an academic, and mentoring is closely related to both. I’ve had people in my life whom I never officially called “mentors” but who certainly acted as trusted guides and advisors whom I could turn to for help and good counsel along the way. I channel my mentoring energies mostly through my coaching and teaching; I hope that some of the individuals I’ve counselled in various ways over the years have gained some small fraction of what I’ve gained from those who mentored me.

These are not the only factors necessary for gender equality, of course, but they are two practical objectives that are understandable, achievable, and that would have an enormous impact. When we look at the countries that have the greatest degree of gender equality, what we see across the board is free childcare and policies founded on the premise that raising children is a valuable contribution to society, not a professional liability. Many women who want to work can’t because the cost of childcare is more costly than the money they can earn. Likewise, many women, especially single parents, find it very challenging to pursue rewarding careers because of the difficulty of finding roles that allow the flexible hours essential to the demands of raising young children.

One of my great hopes is that the global pandemic, for all of its tragedy, has helped us make a giant leap in terms of businesses and organizations recognizing that their employees are often far more productive when given the opportunity to work when and where it fits best for their lives.

If we are serious about gender equality, then we need to step up to the model of several other European countries and invest in free childcare as a benefit to our entire society. We also need to take this huge breakthrough we’ve had with regard to flexible work and ensure that we find creative ways to help businesses thrive by capitalizing on the enormous pool of talent found in parents who are eager to pursue meaningful careers AND care for their children.

Recently, I’ve been very focused on including single parents as a category in our inclusivity initiatives at The University of Law Business School. Although we can’t offer free childcare, what we are doing is putting in place policies and initiatives that give single parents (of either sex), more flexibility in areas such as work placement programmes. These are the kinds of initiatives every organization can make to advance gender equality, not just because it puts them on the right side of history, but also because it’s good for business. A win-win situation for everyone.

I’d say to remember that nobody ever finally arrives. Everyone is always figuring things out until their last day on earth, so don’t be so worried about finally getting there, or not having gotten there. Just focus on getting as much as you can from your unique journey along the way.

Also, go to bed! I still often work all night and then power through the day. It’s a terrible habit. I wish I’d trained myself to sleep better (longer) at a younger age. (Actually, thinking of the major factors that have contributed to my success, one of them must be the stamina to work with limited sleep.)

The inspiring challenge for now is implementing the plans and projects we’ve been developing to ensure we give our students at The University of Law Business School a truly unique opportunity to develop the skills they’ll need to successfully navigate an unpredictable and turbulent business landscape with a strong sense of self-awareness and a growth mindset.

As for the future, I’m very excited about the fact that I was recently accepted to train as a psychotherapist at the Cambridge Society for Psychotherapy. It’s a very rigorous psychoanalytic-based training, and is something I’ve dreamed of doing for decades. The timing is perfect as it will add depth and breadth to my coaching work, as well as to my research interests in leadership. This autumn, I’ll be delivering a series of talks for The University of Law alumni on The Psychology of Leadership, which will be enhanced by this training.

I’m also thrilled that I’ll be hosting a new online interview series at The University of Law Business School for which I’ll be interviewing a new industry leader every other month. I’m never happier than when asking questions, so it’s a wonderful opportunity for me to exercise that skill via a platform that will provide a diverse range of leadership insights to a broad audience.

In my own time, I’m working on a collection of sketches from my childhood growing up on a farm in the Mississippi Delta. I’m exploring questions of loss, memory, absurdity, identity, and culture (and the racism that was a part of that culture) all of which played a part in shaping who I am today. As the Nobel-Prize-winning Mississippi novelist William Faulkner once wrote, “The past isn’t dead. It isn’t even past.”

But if I were to sum up, I think the overarching theme is that, since childhood, I had this idea that I wanted to learn how to become a person. My ambition is to keep doing that, while supporting other people in their own process of becoming.