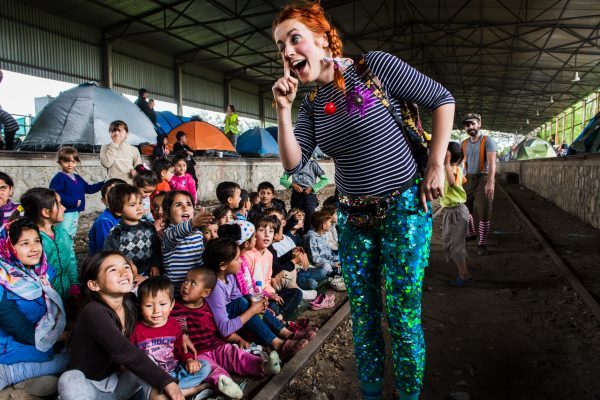 Marion Duggan is a co-director of The Ragroof Players theatre company and board member of Clowns Without Borders UK.

Clowns Without Borders UK is a charity organisation working to provide psychosocial first aid to communities around the world devastated by loss, conflict and natural disaster.

I studied theatre and visual arts at Brighton University. After graduating in 2003, I set up a theatre company called Ragroof Theatre, now known as The Ragroof Players. Eight years ago, I was looking for a new challenge. I signed up for a clowning course with Brazilian theatre clown, Angela De Castro, where I met the director of the charity Clowns Without Borders UK, Sam Holdsworth.

The two-week clown course with Angela was a brilliant opportunity for sharing. She focussed on new clowns, and the spirit of playfulness, the importance of eye contact when on (and off) stage and allowing the audience to see your vulnerable side. It was life-changing in many ways – it was shortly after that I joined Clowns Without Borders UK on a tour to rural schools in Zimbabwe. Our first audience was a circle of over 2000 children waiting for us to entertain them – I was petrified! That summer, the experience of touring, seeing the children’s honest, clear reactions to the work the charity does, was a truly beautiful gift.

Being on the board of a clown charity was never in my 5-year plan. The demands of supporting a charity are very different to those of running my theatre company. I joined the board of directors for CWB UK five years ago. This year, the charity grew from four directors to eight, and I can’t wait to see how we will grow in years to come with the new expertise on the board. We are a micro-charity, so there are moments when it is all-hands on deck, I have set up fundraising events, supported in the development of a new website, helped find new clown volunteer performers and board members.

Sadly, the demand for the charity’s work is high – and growing. There are more and more children living in crisis situations where the psychosocial needs are not being met and we want to find a way to send our teams of laughter aid experts to brighten up their day. Coping with that demand is the biggest challenge. Our team is small, but we are a charity with great ambition and a lot of heart.

Clowning requires you to be in the present moment and respond to what the audience are finding funny. In many ways, children are the most difficult audience – you know when you are doing something right and wrong in front of them, which is very refreshing. Up until this point I had always struggled with being a performer, taking the spot light felt so egotistical but when I performed with CWB UK the end goal was focussed on the children and the audience finding a moment of relief from the hardships of their life. This experience has influenced my current theatre work – it was a light bulb, life-changing moment. I have since toured with CWB UK to girls’ safe houses in India and Greek Refugee Camps.

Workplace culture needs to be brought under the microscope and aligned with a stronger sense of social responsibility. As long a business is disconnected from moral obligations then little can be done. If the profit motive comes before all other considerations, then there will never be a space for people who want to give full consideration to the benefit of future generations. I believe this is relevant for everyone in the workplace, not just women.

I’ve built a successful theatre company that has run for 15 years using art as a vehicle for change in an environment where art in a community setting has been devalued. The Ragroof Players create site-specific street theatre shows, community engagement and participatory performance projects. We challenge expectations of community and participatory arts and keep accessibility, integration and participation at the core of our work.

The next big challenge in my life is motherhood – I am due to have a baby at the end of November. Juggling being a mother and running a small business while supporting a charity will surely be learning curve. I am used to touring the country in a van all summer, performing at outdoor arts festivals, which is now, for the foreseeable future not in my plan. My aim is to continue to support Clowns Without Borders UK, helping to grow the amount of tours we produce each year – a tour each month would be a fantastic goal for 2019! 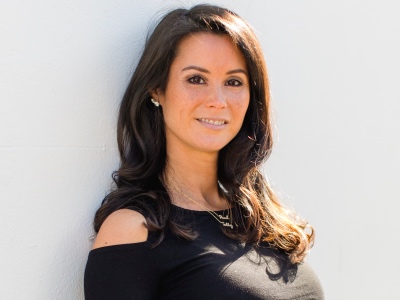 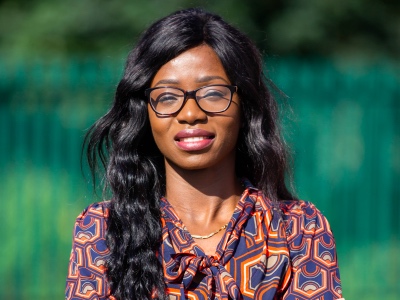