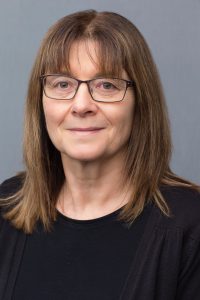 I’m Vice Chancellor of The University of Salford, a role which I’ve held for three years.

I’ve worked in the North West for the majority of my life, so I’m hugely invested in the success of the region and the creation of a strong, resilient regional economy supported by a skilled workforce.

I didn’t – my earliest career ambition was to work with horses, although following the death of a close friend during my teens I decided to instead pursue a career in law. In my early career, there was an assumption that, because I’m female, I would specialise in family law, however I instead pursued my interest in commercial law. I taught at Preston University before moving into management roles between 1982 and 2002.

I actually interviewed for the position of Deputy Vice-Chancellor at The University of Salford via Skype while I was on holiday in Australia following the 2013 Lions tour. In July 2013 when I got the call to say I’d been selected for the role, I was watching Andy Murray in his winning Wimbledon final – you may have guessed by now that I’m a huge sports fan!

Have you faced any challenges along the way and, if so, how did you deal with them?

I’ve faced numerous challenges during my career, from pursuing commercial law instead of what was perhaps expected, through to more recent challenges in my current role – when I arrived in Salford in 2013, the University was in the midst of a significant period of change. A growing loss of trust in the senior leadership team had damaged the reputation of the University and morale was at an all-time low.

When the former Vice-Chancellor retired in 2015 and I was appointed to his role, I saw an opportunity to make a difference, but it was by no means an easy time to take up the reigns.

What advice would you give someone who wants to move into a leadership role for the first time?

Be clear on your vision and make sure that everyone understands their own role in making it a reality – make sure you’re bringing everyone else along with you. And remember to celebrate successes – you will have a huge impact on your team’s confidence and pride in their work so make sure it doesn’t go unrecognised.

When faced with two equally qualified candidates, how would you decide who should have the role?

Hiring often presents difficult decisions, but hard work and determination go a long way – I would be thinking about which candidate stands out in terms of being passionate about what they do and making a difference, and whether that drive and commitment is reflected in other roles and achievements.

What advice can you give our members about raising their profile within their own organisations?

Be a team player – take an interest in your peers’ aims and aspirations, be supportive and be generous with your knowledge and expertise. Demonstrate your passion for what you do and never stop learning. The rest will follow.

Have you benefited from coaching or mentoring?

I’ve been fortunate to have learned from a number inspirational people throughout my career. Two former line managers in particular come to mind, Chris Carr and James Lusty, who both played a role in my development.  Currently, I regularly talk to a former colleague, who has a commercial background, to try out ideas.  It is so important to get external advice and feedback, to provide a different perspective and his background and experience really helps me to think in a more business orientated way.

Do you think networking is important?

The sharing of knowledge and expertise is hugely valuable and doing that well involves an element of networking – not necessarily in the sense of working the room at events, but ingratiating yourself in your professional community and working together to make a difference. That’s so important.

As a university, we’re aware of the central role we play in delivering the Industrial Strategy and are committed to driving it forward – a skilled graduate workforce is at its core.

At Salford, business partnerships have resulted in the creation of our Industry Collaboration Strategy; an innovative solution to address recognised skills gaps and deliver a future workforce with a high level of technical skills. The big challenges on the planet are multi-disciplinary, so our focus on industry collaboration remains one of our main objectives going forwards in order to actively seek to address real-world problems.

I’m also looking forward to a very exciting few years ahead as the University implements its ambitious masterplan to transform the campus and the surrounding area. The masterplan is a vision for the transformation of the A6 corridor in Salford and the creation of a new city district between Manchester city centre and MediaCityUK.

The next decade will see the area rejuvenated with new housing, health, business and education opportunities – it’s about going beyond our own campus and looking outward to understand what further contribution we can make to our city and the city region. It’s a project I’m personally very excited about and very proud to be involved with.