I wasn’t one of these people who had planned out a career map and followed it.

If anything, I had wandered from job to job, opportunity to opportunity. Always landing on my feet, but never really hitting the heights of success, or incurring any financial security. My 20s were a frivolous time spent enjoying my social life, working in fitness because it was fun and seemed cool, but always with great plans to do something more ambitious. As a single again 29-year-old living at home with my parents after another failed relationship, and carrying debt from overspending and under earning I was miserable, and desperate for something to change.

I knew something had to give. When genuinely unhappy with the direction your life is going, the fear of the unknown is a welcome challenge. I made the decision to take control of my life’s navigation, I just needed to figure out what was the best route.

The big questions was what would I do? Who would hire me as a junior at my age? How to catch up to what others my age were achieving? I had two degrees to my name, an undergraduate in drama and theatre studies (the chances of becoming Angelina Jolie were slim to none) and a masters in TV Production – I always wanted to create television shows.

I began to research different opportunities out there, and just by chance Northern Ireland Screen were opening applications for an entry level training scheme for those who wanted to become TV producers. There were six job positions, and there would likely be hundreds of applicants, but instead of letting this put me off I decided to give it my best and fill in the online application.

I still partly attribute my success at gaining this position to luck, but I really think it was sheer determination which brought success. I was the top two per cent of 600 applicants. I’m not sure success would have come had I not wanted it so badly. Three years later I am now an Assistant Producer at one of the hottest production companies in the UK and Ireland, with opportunities I couldn’t have dreamed of. My bosses always say the reason they hired me was because I was one of the most ambitious people they had come across at my level. Not the most talented, not the smartest, but the most ambitious. Being ambitious beyond your abilities makes you an asset, you will work harder than anyone else, try harder than anyone else, and always get the job done.

The career change for me was a frightening one. It would have been easier to stay in the safety of familiarity. But the happiness achieved through changing career has transformed my life, feeling contentment in both personal and work related areas. Of course there will be other challenges to overcome in the future. There is still a long way to go up the career ladder, and I don’t want to miss out the chance at having a family. How do you juggle kids and a busy career in the TV industry? We’ll just have to see when it happens.

Remember you have just started a brand new career

Since making the move I’ve had to learn a lot. As someone who has been self-employed for several years, going back into the daily grind with set rules and protocols was something to be welcomed and dreaded at the same time. You go back to being the new girl with younger people managing you. All great life lessons, humbling ones too. The desire to feel like less of a newbie made me desperate to catch up. This is something you have to mentally overcome. Take a step back and remember you have only just started a brand-new career. You can’t be an overnight success, you must put in the hours and learn what you can when you can.

What was a real surprise to me was that my maturity (I use this term lightly), helped with some of the pressures experienced early on. Some colleagues who were a little younger at times found the stress quite overwhelming, while I managed to keep my head and work through challenges. If I had started this career at the age of 24, I wouldn’t have coped as well. Age and life experiences lend you many skills and strengths. For me it was the ability to adapt to changing needs and wants, and not feeling intimidated by others – you can’t be afraid of putting yourself forward. All in all, being in my thirties worked in my favour. Appreciate being slightly older and being a junior, there is no need to be embarrassed by it.

The best advice I can offer to someone who is considering a career change is to be fearless, decide on what you want to do, and be determined to succeed. Age and experience are elements which can be overcome. Life is tough enough without getting the dread every evening before another day at work. Try to find some way to be content with your work – you will spend a lot of life there, why not enjoy it? Money and power are all well and good, and for some that’s the key, but for me it is doing a job which fired me up and made me zing. I’m really glad I managed to find it. 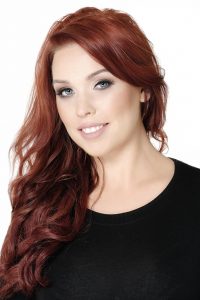 Maeve studied a Masters in TV production at the University of Chester in the mid 2000s, but with a recession in play at that time, jobs within the media industry were scarce, and hard to come by. She began to carve out a career within the fitness and health industry. After ten years Maeve decided she wanted to follow her original ambitions, and try to refocus her career within the creative industries. She applied for an entrant scheme for trainee producers that was launched by Northern Ireland screen, and was pleasantly surprised to be selected from the 600 applicants, to take one of six trainee contracts. For the next 18 months Maeve worked at a range of Production companies within Northern Ireland, and began to hone her skills at being a successful, and ambitious creative within a thriving and competitive industry. Maeve can include a range of production and development credits on her CV including, Home Ground for BBC NI, The Lodge for Disney EMEA, Don’t Say It Bring It for Dave and her biggest success to date, helping to develop the RTS awarded Beauty Queen & Single for BBC One.  At the end of her traineeship Maeve was offered a full time position with Stellify Media, who had been one of her favorite placement providers. Joining the development team, Maeve worked for a series of months to establish herself within the company, and after a year was then promoted to Assistant Producer. Maeve’s aspirations are to be a successful entertainment producer, and create formats for the global market, and to continue to establish herself as a major player in the Television Industry. 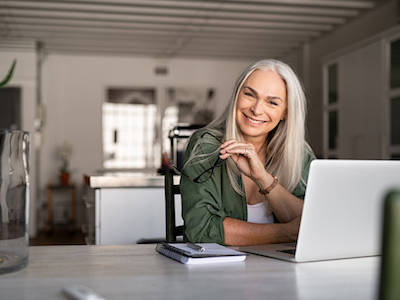