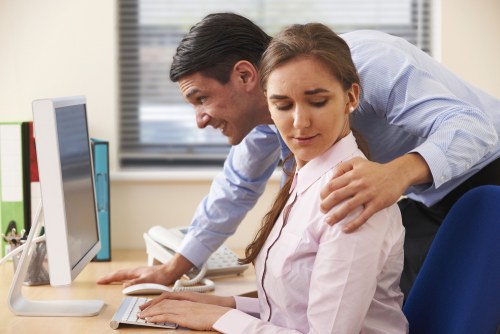 One in eight large employers have admitted that workplace sexual harassment goes unreported, according to new research.

According to a YouGov survey for Young Women’s Trust, sexual harassment in the workplace largely goes unreported. While 80 per cent of large employers admit that harassment goes unreported, a further ten per cent saying they are also aware of formal reports.

The survey also found that 63 per cent of the employers questioned agreed that sexism still exists in the workplace, with a third admitting women face prejudice and discrimination because of their gender in their own workplace.

The number of women saying their workplace was sexist was much higher, at 40 per cent.

The survey comes as the Supreme Court ruled that fees for employment tribunals were illegal.

In July, Britain’s highest court ruled that employment tribunal fees were illegal and that the government had acted unlawfully. It also ruled that the fees were indirectly discriminatory to women.

Speaking about the results of the survey, Dr Carole Easton OBE, Young Women’s Trust Chief Executive said, “Too many young women are facing sexism and sexual harassment while trying to carry out their jobs.”

“It is shocking how many employers are aware of this in their own workplace – yet the problem continues.”

“As a result of the Supreme Court ruling, we are pleased that young women, many of whom are already struggling to make ends meet, will not be prevented from taking cases forward.”

“It is important that women have access to justice when they face discrimination and harassment at work, no matter how much money they have.”

“Employers should look too at what they can do to prevent problems occurring in the first place.”

“Supporting more women into a male-dominated workplace, for example, can help change the culture.”

“Everyone should be able to feel safe at work.”

Alison is the Digital Content Editor for WeAreTheCity. She has a BA Honours degree in Journalism and History from the University of Portsmouth. She has previously worked in the marketing sector and in a copywriting role. Alison’s other passions and hobbies include writing, blogging and travelling.
Previous PostNearly half of female HR directors think their workplaces are sexistNext PostAstronaut Peggy Whitson returns to earth after breaking several records