The list also saw Anglian Water CEO, Peter Simpson crowned winner. Speaking about his achievements, Simpson said, “I feel incredibly flattered – and surprised – to have won this award and would like to thank all our employees who make Anglian Water such a great place to work for everyone, including myself.”

“I’m very grateful that I have a role where I can work with and develop people and teams in the pursuit of doing something meaningful, and where I can see the impact of what we’re doing.”

The awards honour the Highest Rated CEOs in 2017 across North America and Europe. The awards are based on the input of employees who voluntarily provide anonymous feedback by completing a company review, about their CEOs leadership, along with insight into their job, work environment and employer over the past year.

Robert Hohman, Glassdoor co-founder and CEO, said, “CEOs tell us the Glassdoor Employees’ Choice Award is one of the highest honours they can receive because it truly reflects employee opinion about the job they do every day.”

“We know that CEO approval ratings correlate to overall employee satisfaction and trust in senior leadership, which contributes to long-term employee engagement, ultimately helping an employer’s recruiting and retention efforts.”

Alison is the Digital Content Editor for WeAreTheCity. She has a BA Honours degree in Journalism and History from the University of Portsmouth. She has previously worked in the marketing sector and in a copywriting role. Alison’s other passions and hobbies include writing, blogging and travelling.
Previous PostAnti-LGBT bullying decreases in schools, but there’s still work to be doneNext PostOregon becomes the latest state to legalise equal pay 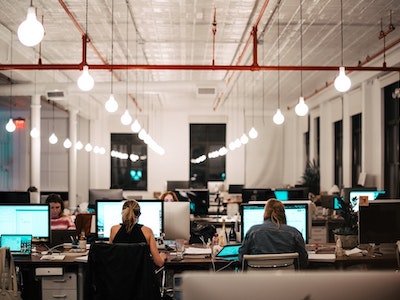 The future CEO: when the human being and society take a key role