WeAreTheCity celebrated the winners of the 2018 Rising Star Awards last night, at a prestigious ceremony hosted by NewsUK, London.

On stage, Sarpong offered her advice for success to all the winners in the audience. She said, “Elements of success are equal opportunity and self belief.”

“When you have those two elements, anything is possible.”

During the interval of the awards’ presentation, the audience were treated to surprise entertainment from the choir, Relevation Avenue. The choir were part of the 2015 Britain’s Got Talent and were winners of the Golden Buzzer.

During her presentation of the Company of the Year award, Pamela Hutchinson, Head of Diversity & Inclusion in EMEA, Bloomberg, gave an incredibly moving speech about diversity and inclusion, earning her a standing ovation.

Closing the awards, Vallely implored the audience to make the most of this opportunity, make new connections and to enjoy the moment.

She said, “Be that leader!”

“You own it and you deserve it.”

“Never forget to reach your hand-out to the next generation.”

The Rising Star awards were introduced to showcase the UK pipeline of female talent below management level and to create 100 female role models across 20 different industries and professions as well as celebrating the hard work and support of our Rising Star Champions and Company of the Year.

The winners were narrowed down from over 1,250 nominations and were judged by a panel of 54 independent judges. Over 30,000 public votes were received for the 200 shortlisted nominees from around the world.

Rising Stars in Defence - Sponsored by The Royal Navy

Rising Stars Company of the Year - Sponsored by Bloomberg

Alison is the Digital Content Editor for WeAreTheCity. She has a BA Honours degree in Journalism and History from the University of Portsmouth. She has previously worked in the marketing sector and in a copywriting role. Alison’s other passions and hobbies include writing, blogging and travelling.
Previous PostWhen life throws you lemons, make a multi-million wellness empireNext PostWeAreTheCity talks to teenagers 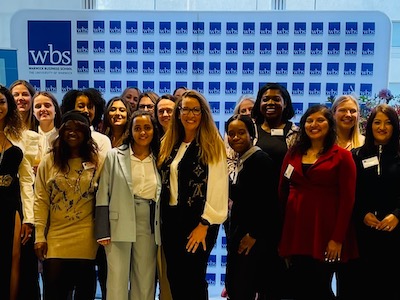