0
You have 0 items in your cart
Go To Shopping
Home > Rising Star Awards > What Happened Next - Rising Stars > Rising Stars: What happened next for Sarah Chapman 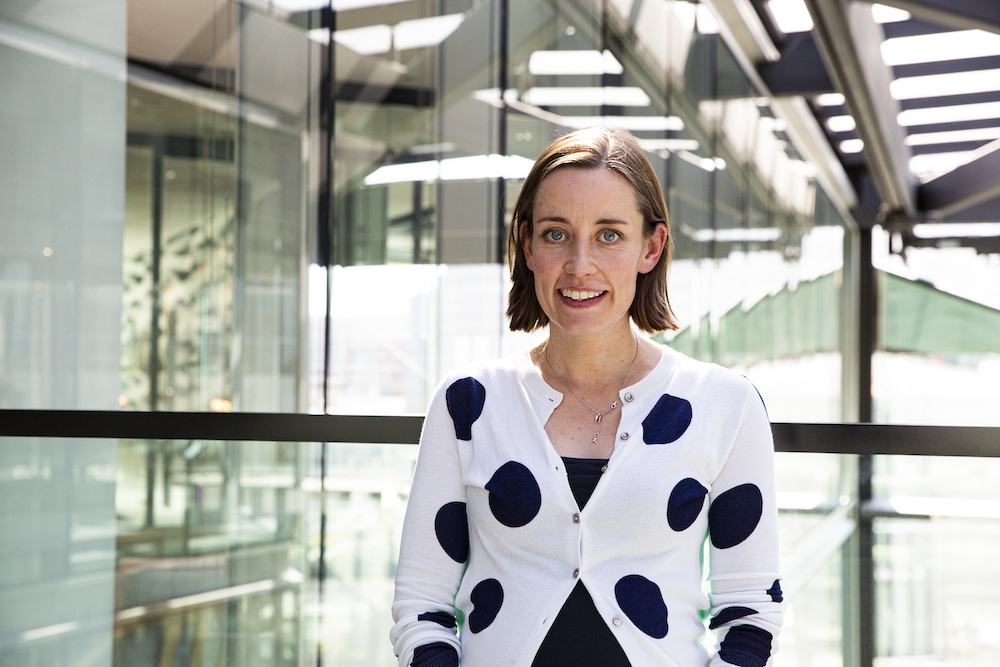 We spoke to Sarah Chapman, who won a Rising Star Award in the Technology category in 2016.

After her aspirations of a ballet career were halted due to injury Sarah became inspired by her Chemistry teacher who revealed the complex science behind maintaining consistency in a well-known soft drink. Discovering her passion for science and despite an (ongoing) struggle with maths, Sarah graduated with a first-class degree in Chemistry.

Through her varied career, she grasped the huge diversity of roles that the STEM industry offers, many of which are invisible to those outside the world of science. Sarah has channelled her passion for encouraging girls to pursue STEM careers, whilst supporting other women within the industry, over the last fifteen years.

A Technical Manager for global science company 3M, she sees first-hand the importance of using strengths like collaboration and creativity, which can drive innovation and highlight the value that women bring to the traditionally male-dominated STEM roles. Reaching over 3000 young people through various activities including STEM clubs, work experience placements, mentoring and career talks, Sarah has been a driving force behind 3M’s award-winning community programme. As a judge for their Young Innovator’s competition Sarah witnesses the brilliant ideas that are presented, reinforcing her belief that good ideas can come from anywhere and that diversity is critical to innovation. As the project manager for the 3M Innovation Centre, she was very proud to see it fully utilised as it has welcomed over 15,000 visitors who get to see the practical application of science to everyday life. Like many working parents, Sarah actively finds effective ways to maximise her impact, and takes opportunities to share her passion for STEM, using technology to connect with students in Zambia, appearing on the BBC and founding a successful Science Supper Club to encourage children into science (whilst enjoying pizza!).  Since being named as a WeAreTheCity Rising Star, Sarah has won several other awards for her volunteering including the WISE Outreach and Engagement Award 2019 and STEM Inspiration Outstanding STEM Ambassador; she has also trained as an #IamRemarkable facilitator to help others from underrepresented groups speak confidently about their accomplishments.  Joining the board at Farnborough College of Technology has given her insight into how industry can support the education sector which she is keen to share with other organisations to create a system which helps more girls and women realise their potential in STEM and bridge the STEM skills gap.

Sarah recently took part in a careers Q&A with some of this year’s Rising Star winners. The Rising Stars in Science and Engineering alumni helped inspire Year 9 students in Leicestershire, through 3M’s STEM careers Q&A. The Q&A session was attended by teachers from Soar Valley College, the Jameah Girls Academy and South Charnwood High School who put forward questions to the panel on behalf of their students. In addition, questions from students attending Orchard Mead Academy and Lancaster Academy were invited.

Total disbelief – I didn’t think I stood a chance of winning when my best friend nominated me.  It’s actually made me aware of how much we play down our achievements and how helpful it can be to have a trusted friend or colleague’s opinion.  Walking on stage with a hundred people clapping and genuinely celebrating your contributions, is quite emotional.  It makes you realise that maybe you have done some cool stuff that is worth recognising.

However, I also had a big dose of imposter syndrome which never really goes away – I still half expect you will email me and say there was a mistake and it was another Sarah who should have won.  I discovered. attending career club events and more recently participating in the #IamRemarkable workshop with Google, that this really affects women and underrepresented groups and can cause us to lose out on promotions and step back from opportunities.  Recruiting diverse talent into the science and tech industries is just the first piece of the puzzle – we have to empower that talent to speak with confidence about their accomplishments so they can reach their potential and businesses can reap the undisputed rewards of diversity.

In fact, I feel so strongly about it that I trained as an #IamRemarkable facilitator and have since helped over 100 people to speak about their achievements with confidence.  WeAreTheCity encourage alumni to “pay it forward” and that phrase stuck with me – I have a rule to nominate at least one person in my network every year.  Imagine if we all did that; how many smiles and little boosts of confidence we’d give and how much more visibility we’d bring to those hiding stars.  Some people are critical of award programmes for specific groups; I respect that view but personally believe that, until we have representation, we need to make extra effort to lift others up, help friends and colleagues build their personal brand and recognise the significant achievements of those who, otherwise, may go unnoticed.

When I was nominated, I had recently returned from my first maternity leave.  I remember walking back to the station after the awards.  It was a gorgeous summer evening in the city and for the first time since returning, I felt really positive about my professional life – like I could do anything, advance my career and move upwards.  Before that, I had focussed solely on making it all work without drawing too much attention – juggling childcare, sneaking out of meetings to sort out stuff at home, trying to look presentable despite sleepless nights, generally trying not to get fired and prove I was still a dedicated employee.  I had buried my ambition and faith in myself was wobbly. Being nominated and shortlisted brought an amazing confidence boost that came at the perfect time.  I realised my company still thought I was worth retaining and developing; they had supported me with flexible working, training and mentoring and my manager wanted me to progress. Many are not so lucky – we still have a long way to go to end maternity discrimation and the numbers of women leaving the STEM industry after becoming parents is still alarmingly high.

The role I returned to was product compliance leader for the UK – a step up in terms of leadership. My team was amazing (we introduced flexible working as a group so that everyone could enjoy a better work-life balance without compromising the customer service provision) but there were plenty of challenging moments.  One time I was due to present to the MD, a fairly rare opportunity in a company of our size, and the meeting was running late.  I was breastfeeding and really, really needed to get to the nursery for my feeding break. The MD noticed my discomfort (I was checking the time and trying to email the nursery under the table – anyone who has breastfed will know the feeling of urgency I am referring to). She paused the presentation, smiled kindly and asked if I was OK.  Somehow I found the courage, in front of the mostly male leadership team, to explain.  I could not have asked for a more supportive response – with a quick rearrangement of the agenda I was told that family comes first and they were looking forward to my presentation when I got back. A few months later I was given more responsibility and my team doubled so I guess it went OK.  I will be forever grateful for what the MD did in that moment – she leant me her privilege and used her authority to make an unusual situation workable for everyone.

I think if I had not won the Rising Star award or had that kind of support from my Director and the senior management team, I would not have had the courage or confidence to deal with the many similar situations that year;  it is all too easy to make an excuse and pass up difficult opportunities.  Senior role models and sponsors are vital for underrepresented groups. We talk a lot about glass ceilings and rightly celebrate and honour those that break them – but to benefit from diversity in volume, it’s just as important that the trails blazed become well trodden and accessible to all sectors of society.

Since that year, I have changed divisions and moved again into an international role despite having ruled that out before (because travelling when you have a young family is complicated), however, even before the pandemic, I learned that you can build a team virtually and work effectively from anywhere provided you have trust.

I have also become much better at articulating my accomplishments and, with the help of an amazing network of mentors and supporters, have won five other awards, mainly for my STEM volunteering.  I have become a confident public speaker and even been on the BBC a few times as well.

Enlist a trusted friend or colleague – even if you are doing a self-nomination, it’s really helpful to have their perspective because we tend to censor and judge our own accomplishments.  Plan the submission; think about the examples you want to include and the story you want to tell.  Don’t hold back on things that may seem insignificant or “just part of the job” – sometimes the context in which you accomplished something is just as important as the achievement itself. When I nominate someone, I think of it like a legal case – my job is to present the facts in the best light.  It is up to the judges to make the assessment against the criteria. Lastly, if you don’t get through a particular stage, be proud of the nomination and try again in future – J.K Rowling’s Harry Potter was rejected by 12 publishers before Bloomsbury recognised it.

Alison is the Digital Content Editor for WeAreTheCity. She has a BA Honours degree in Journalism and History from the University of Portsmouth. She has previously worked in the marketing sector and in a copywriting role. Alison’s other passions and hobbies include writing, blogging and travelling.
Previous PostInternational Women’s Day 2021: It’s not just for womenNext PostInspirational Woman: Sally Anne Gross | Music Consultant, Author, Academic & Artist Manager