The issue of gender imbalance is currently at large in the UK, however it is not an issue that can be solely blamed on employers preferring one gender over the other. Societal norms have also leant towards gender imbalances in certain industries, such as nursing and teaching, and these boundaries must be broken down to ensure both genders find work and there is no prevalence over the other.

Teaching is a career that is female dominated, although a higher ranking position – such as a Headteacher or Governor – is usually held by a man. However, you won’t find many men applying for a teaching role on Edustaff or training for a career in education at all, simply because working with children is considered a feminine job and many men don’t have much experience in dealing with kids. Male primary school teachers account for just 12% of the workforce and therefore young children are missing out on a masculine figure to look up to throughout their time at school.

Returning to the concept that higher ranking positions in education are predominantly held by men, figures published by the Guardian confirm that just 36% of headteacher positions are filled by women (in secondary schools), which is interesting, considering that education is such a female dominated industry.

The technology industry is another one that has a strong case of gender imbalance, with more men employed in tech roles than women. It all comes down to societal norms again and the misconception that anything tech related is a more masculine job, therefore less girls apply to train for fear of being discriminated against and thought of as incapable. Ryan Holmes, CEO of Hootsuite, confirmed the severity of this issue in an article published on LinkedIn and claims that the lack of women out there trained for a job in coding or engineering is incredibly low.

At major tech companies Apple and Google, only 30% of the workforce are women and Holmes considered how many tech start-up companies tend to adopt a ‘frat boy’ quality to their workplace, alienating women who could apply for a role. However there are more opportunities arising out there with programmes, such as Girls Who Code, encouraging women to find their place in the tech industry.

Sport is another career wholly dominated by men, whether it’s the athletes themselves or trainers and physiotherapists, men appear to control and certainly play a more active role within the industry. Women’s sport itself is regularly mocked, with female football or rugby games rarely shown on television and sexist remarks thrown around should a woman succeed in securing a position usually held by a man in sport.

Richard Keys and Andy Grey’s sexist comments about a female assistant referee back in 2011, made when they thought their mics were turned off, are a good example and confirm the misogynistic attitudes that go hand in hand with careers in the sporting industry.

Gender imbalance has become an everyday factor within society and certain industries must start tackling the issue. In this day and age discrimination and societal pressures should certainly not be a factor in a person’s choice of workplace or their success. 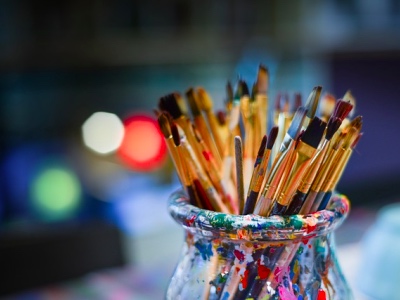 How the gender imbalance in the art industry can be addressed