Project management is one of those industries that is seen as being male-dominated.

Go back twenty years and there’s no doubt that it would have been. But times have changed, and more women are entering the world of project management – and being very good at it. But why do women make the best project managers?

There was also a lower job expectation for women in control of a project than for men. For instance, female project team members were almost twice as likely to be involved with projects that cost $1 million or less. They were also more likely to be dispersed from the project managers and work on core teams. This showed a tendency to assign women to lower budget, smaller projects.

Yet the current system is shown not to work. 75 per cent of large complex projects currently fail to meet their schedule and/or their budget. And when they miss that budget, it is by a big number – an average of 55%. Considering this is often involving Fortune 1000 companies, for example, this could cost the typical company around $160 million (£113 million) a year.

The common thing to do is the blame the management of the project. And yes, the management is ultimately the stopping point for blame. But often is it about looking at the project, the goals, the expectations and how we approach them. By setting unrealistic goals, the project is doomed to fail. But could a woman do a better job in this role? And if so, why?

Top of the class

One of the reasons that women make the best project manager is the same reason they often do well in many other professions – that woman mature quicker than men and therefore can be top of the class. In fact, there are a whole complex set of psychological reasons why women are often top of the class including that women learn faster and better – this is down to the ways that the brain works. A study at Newcastle University, for example, found that girls tend to optimise brain connections earlier than boys. This is why they have a competitive attitude, academic inclinations and better maturity – and this leads to being a project manager.

Another interesting suggestion is around another aspect of biology. Women report higher stress levels than male counterparts but are more likely to handle it better due to the oestrogen hormone. A study from the State University of New York in Buffalo discovered that oestrogen production helps women’s brains function better when under stress. This is a very useful skill for project managers.
Better communication skills

One thing thrown at women is that they talk more than men – three times more according to the experts. But in project management, this improved communication can be a good thing. By sharing a lot, explaining and justifying their decisions, women can better communicate with their team and therefore lead to better teamwork and a more harmonious project. This is also paired with good listening skills to help understand the needs and opinions of others.

Many women are the financial managers of their homes, balancing the monthly accounts and keeping spending under check. This ability with good financial management is a useful skill when it comes to project management. Working on a budget is a very important part of the job and the natural ability to do this is useful for any project manager.

Episodic memory is where you glance at something and remember what it was about. Studies have shown that women generally have better episodic memory than men – which is why they are known for remembering everything. This better memory function can help remembering all the details of a project and therefore save time checking and re-checking details.

Women have better blood flow to the brain according to scientists. And this is good because it helps with a range of useful skills including collaboration, self-control and also empathy. This helps to understand the viewpoint of others and bring their ideas into a project in a good way. It also helps avoid those snap reactions to a bad idea and allows women to take a second and frame an answer in many situations.

As well as all of these general concepts that can help a woman be a top project manager, another reason that women often succeed in these roles is their ability to keep things simple and to manage various facets of their lives at once. Women are known as good multi-taskers who can balance the many needs of their lives – this translates well to project management where there are lots of different tasks and aspects of the project to handle.

Women also seek to keep things simple. Dump the jargon, get rid of those extra steps in a process, women often have a natural inclination to simplify and find the easiest way to do things. And many women come to these roles as the first at a company, so they are able to break away from the mould of ‘this is how we’ve always done it’ in a way that a man might find more difficult.

While these are generalisations and not every woman will have all of these traits, women have hidden advantages built into their biology and brains that make them a natural fit for project management. All that is needed is for the various industries to start realising the same thing and begin to consider women for the very top roles in their projects to then get the benefits of all these abilities. 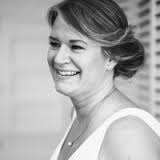 Louise Cairns lives and breathes digital content. She has written stories on behalf of journalists in the UK & Netherlands business, start-up and expat scenes.

She is currently the head & chief content creator for www.influencer-outreach.com