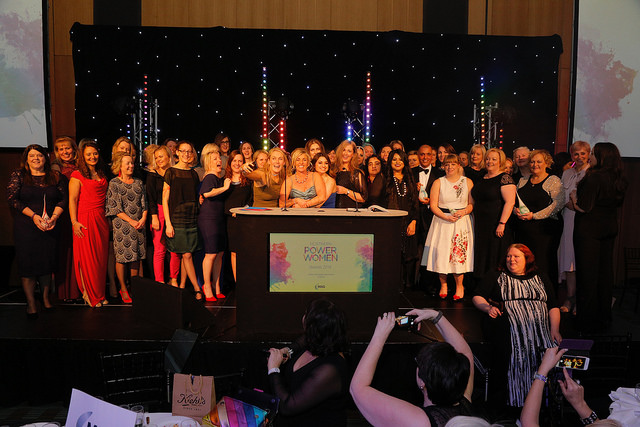 The Northern Power Women today have released the names of 100 women who have contributed to making a difference in their communities and raising awareness of gender equality across the North of England.

The Power List celebrates women who challenge the norm and ensure that everyone they work with recognise the benefit of having a gender-balanced workplace. The Future List recognises the influencers and change makers of the future who are already making a difference in their environments and communities.

In addition, NPW is pleased to announce a new sponsor for the NPW Future List, recruitment and design consultancy Morson Group, alongside the headline sponsor, Manchester Airports Group, who have partnered with NPW for the past two years.

“We pride ourselves on being an equal opportunities employer that provides an inclusive environment to candidates and employees alike.”

“We recognise that diversity of thought promotes innovation by bringing multiple perspectives to discussions and decisions and we are looking forward to seeing the positive impacts made by those on this year’s lists.”

The inaugural awards started in March 2016, welcomed 440 influencers, leaders, change agents, and inspiring male and female role models, in 2017 520 celebrated success across the North and in 2018 580 attended receiving a record 950+ nominations. 2019 is already proving that there is a need to highlight the great people working towards a gender diverse workplace, currently on track for beating attendee records.

“They are amazing people doing fantastic work and they deserve every bit of recognition.”

“Without the women on our Future and Power List it would be impossible for us to do what we do across the North.”

The new entrants will be celebrated at the Northern Power Women Awards with over 650 guests at Manchester Central Convention Complex on Monday 18 March, tickets available here. The fourth awards will also recognise the winners across ten categories shortlisted from 900 nominations.