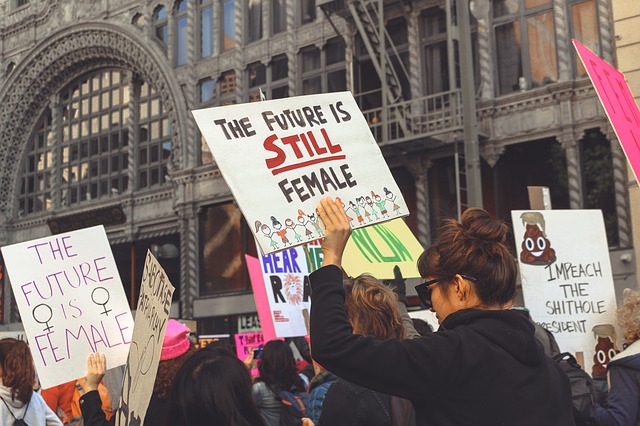 What does Feminism mean? What does being a Feminist mean?

There is no single answer. There have been numerous scientific studies made of various Feminism movements and it is no simple task to find your way through this labyrinth of approaches. Personally, I use a very simple definition: a Feminist is ‘an individual who stands up for equal rights between women and men’ or ‘one who promotes gender equality in society and the workplace.’ Award-winning humanitarian and author Samantha Nutt reminds us of one very important point about feminism in her TED conference. “Our mothers and grandmothers took bold, defiant steps to confront the underlying prejudices and assumptions that denied women the right to pursue full and equal lives. This work is far from over. Feminism is a process — not a history lesson.” Feminism is more than a noun, it is a fight for equal rights between men and women. It should not be used casually as it also pays tribute to the struggles of women, and some men, in the past, as well as currently. According to my personal experience, many students of Gen Y and Z sometimes express the perception that gender equality has already been achieved. However, what they don’t seem to realise is that in today’s workplace women still face discrimination, harassment and inequalities based on their gender.

All around the world there are many stereotypes about what being a Feminist means. They are anchored in beliefs and assumptions. Feminists are “women who hate men”. In order to achieve equality Feminists “fight” against men’s privileges. Feminism is an ongoing struggle that puts men and women on opposing sides. Feminists are “frustrated, troublesome women”, likely to indicate their relationship status on social networks as “it’s complicated.” Female activists in the Femen movement campaign will show their breasts and display slogans written on their exposed flesh. This Feminist movement is characterised as primitive, provocative and the majority of people fear this kind of demonstration of female power.

All over the world and throughout history a number of men have contributed to promote gender equality. In France, writers like Stendhal and politicians like Condorcet advocated for minority rights, including those of women. In the Anglo-Saxon countries, some men claim publicly to be feminists, such as Canadian Prime Minister, Justin Trudeau or former president of the United States, Barack Obama. From my personal experience, I can also see a pattern where men are more likely to act as gender equality sponsors if they have daughters, which is the case of Barack Obama. Initiated by the United Nations in 2014, the HeForShe campaign became a global solidarity movement for Gender Equality. The objective of the movement is to motivate men and boys to stand up for gender equality. Celebrities like Matt Damon, Russell Crowe or Pharrell Williams participate in the HeforShe movement order to show their commitment to Gender Equality.

Every year on the 8th of March we celebrate the political, economic, and social achievements of women. On that day there are marches all around the world, and women come together to discuss issues. Some women receive gifts; for example, a former colleague used to bring yellow roses for each female employee in my business school. In my sports club you can bring one of your female friends along and if she subscribes on the 8th she does not have to pay the subscription fees. In Austria, women can travel for free on the national railroads on that day. Many companies encourage specific actions on that day to show their commitment and efforts in terms of gender equality.

Nike has launched its latest campaign, Dream Crazier, honoring the courage of countless female athletes who have unified the masses, defied gender-based discriminations and inspired generations of athletes to pursue their dreams. During the 91st Oscars celebration in Los Angeles, Nike premiered a new feminist commercial by champion tennis player Serena Williams. They use the advert to portray women in positive and aspirational scenarios. For instance, Serena Williams has long encouraged young women to assert themselves — echoing feminist leaders of the past.

Fighting inequalities together, not fighting against each other

“One of the many political ironies of our time is that feminism’s most powerful cultural moment has coincided with the rise of extreme misogyny. While women protest, run for office and embrace the movement for gender equality in record numbers, a generation of young, mostly white men are being radicalised into believing that their problems stem from women’s progress.” Jessica Valenti revealed this new idea in her The New York Times’article last summer. From social media campaigns to after-school equality clubs, feminism has birthed dozens of online and real-life spaces where girls can find alternatives to the sexist status quo. But boys and young men who are struggling have no equivalent culture. As Sarah Rich recently wrote in The Atlantic, “while society is chipping away at giving girls broader access to life’s possibilities, it isn’t presenting boys with a full continuum of how they can be in the world.”

Yes, I personally believe that “we should definitely all be Feminists to make this world a little bit more equal !“ In 2017, Chimamanda Ngozi Adichie published a book entitled “Dear Ijeawele, Or a Feminist Manifesto in Fifteen Suggestions”. The author gives fifteen recommendations to empower a daughter to become an independent woman. This book should be a must-read not only for parents with daughters – but those with sons as well! Claire Cain Miller describes in a New York Times article the importance of raising a feminist son and she gives some recommendations like “let him cry”, “give him role models”, “let him be himself”, or “teach him to take care of himself”. Both writers contribute to the conversation about what it means to be a self-confident and proud Feminist in the 21st century. 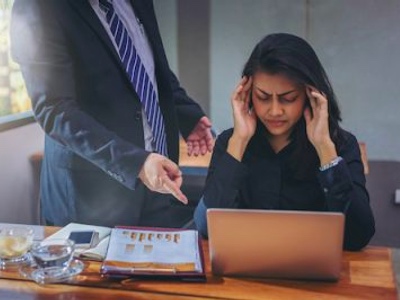 How to tackle toxic hyper-masculinity in the workplace?

Challenges women are currently facing in the workplace