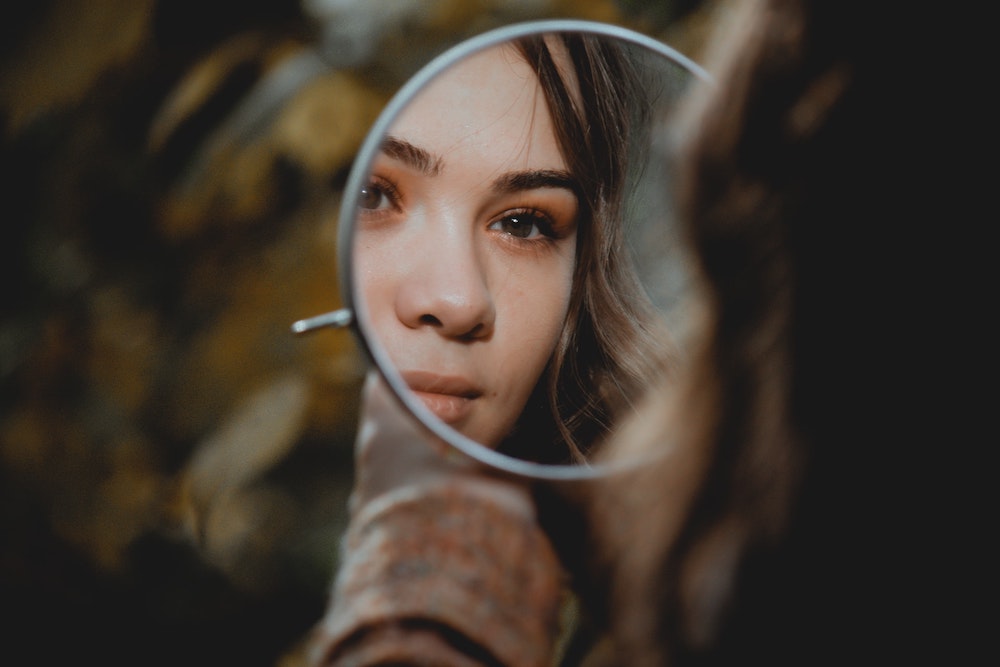 As a 21st century feminist on a quest for gender equality, it’s important that the gap between women and men isn’t a competition of who is best and that there has to be a winner and a loser.

Many people I meet automatically assume that I’m against men, but that couldn’t be further from the truth – I love men! I really enjoy their company and their contribution. I value diversity, in many different forms. Not just the obvious markers of diversity, e.g. gender, race… I’m talking about learning style, communication style, behavioural preference and values. When you look at the world through that lens you have a very different perspective where your gender, or lack of it as the case may be, doesn’t feature. But hey, we’re not all there yet!

This years’ International Woman’s Day (8th March) has a theme of #breakthebias, which is centred around addressing conscious and unconscious gender bias in the continued quest for equality.

In initial conversations I have with people, the social media posts I scroll past and the articles I read, much of the focus is on two things:

Now, don’t get me wrong, both of these things are great things to do, but they’re not ALL we can do and actually, they’re not the big hitters would you believe?

I must tell you a brief story about a situation that happened to me just last week that perfectly demonstrated point one above – I was working away with a group of other coaches and we were all staying at the same hotel one evening. The car park was very busy, two of the guys had bagged the last two spaces on the above ground, open air carpark that were a bit more ‘roomy’ (fair enough, they got there first). This meant I had to venture into the basement car park, which was very tight indeed. The chaps followed me into the car park on foot hollering instructions to me on where I should best park. Up until this point I was not aware parking was a spectator sport? I chose a spot. One of them commented; “I’ll be impressed if you can get in there”. Now, unbeknownst to them, I’m actually an incredible parker! Parallel being my ultimate showcase! But, on this occasion, it was a reverse park that was very slim plus I had to negotiate a rather large pillar that was taking up a chunk of the space. Anyway, I nailed it, obvs! But here’s the thing, I got out of the car and the same guy said to me; “Well done, I’m surprised and impressed”. I said “Why? I’m not surprised”. His response? “Well, you’re a woman”. My reply to shut this thing down – “So, what?!” and off I walked. I’m still not sure if this was an unconscious bias… whatever, it’s a conscious one now!

You see, in terms of big hitters, the job to be done here is changing culture. Culture doesn’t change with processes, policies and PowerPoint slide decks… as some people would believe. Culture is simply the behaviour of a bunch of individual people. It’s ‘the way we do things round here’. If we want to change culture, we must focus on changing behaviour at an individual level and creating a movement. We love a bit of social conformity in the UK! So, let’s make use of what we’re good at and put it to good use – quit socially conforming to the crappy culture and start conforming to the cool culture. I know, it’s easier said than done. Being one of the ‘early adopters’ of new behaviour takes a lot of courage. You risk being ridiculed, ostracised, cast out of the gang. That is unless; you focus on creating a new tribe – stand up and be counted. And it’s for EVERYBODY to play their part.

So, why am I saying women are their own worst enemy?

Well, turns out one of the biggest contributors to gender bias towards women is women themselves.

According to Mary Ann Sieghart, from the BBC Radio 4 programme, Analysis, research from Harvard through their Implicit Association Test shows that 80% of women and 75% of men show some bias. Me included – even as an active feminist, banging the drum daily about equality for women, I showed up plenty of gender bias towards women in this test. It doesn’t make me a bad person, but it does raise my self-awareness upon which I can act, and that’s a good thing.

It’s often in the small things, not necessarily the big things. I’m talking about how so many of us still place huge importance on looking pretty, not taking the bins out because it’s a man’s job, asking hubby to take the car for it’s MOT because the guy in the garage will mug you off because you’re a woman. Believing that you’re not assertive because you were born too nice. Being a control freak about the hoovering because nobody can do it as good as you. We call each other a bitch if we are assertive and have boundaries. This is not about blame. But, it is about being accountable for our future.

One example that Mary Ann Sieghart shared is that women have lower expectations of other women. An experiment was conducted with a female author who sent her work to 50 literary agents who were overwhelmingly female. She had just two positive responses. So, she tested sending it out under a male name. The result? She had 17 positive replies. There are not even any commercial reasons for this disparity. Of the top ten literary fiction titles in that year, nine had female authors. There are many more examples like this; just a quick Google search will have you sucked in for hours.

So, how is this happening?

These biases are often unconscious, we don’t ‘mean’ it, we’re just conditioned that way in our unconscious brain.

We have a lot more capacity in our unconscious brain and it’s very clever at creating shortcuts, which are called heuristics from our experiences and associations – and these associations can be passed onto us and imprinted in our brains from generations before us. We continue with the “good girl” conditioning where we learned to adopt the behaviours and attitudes expected of women.

When I work with women in my role as an Assertiveness Coach, one of the biggest shifts we make is on moving away from a ‘victim’ mindset (I mean that in the subtlest of senses – moaning, complaining, nagging, blaming others, excuses etc…) to a more ‘accountable’ mindset (acknowledging reality, owning it, finding ways to have influence and making it happen). This work sometimes stings a bit at first, as it involves taking a long, hard, look at oneself in the mirror and examining what it is you are doing that is both helping and hindering the situation. The upshot in most cases – shed loads of stuff that is hindering and zilch that is helping.

Three steps women can take to reduce the gender bias they have on themselves: 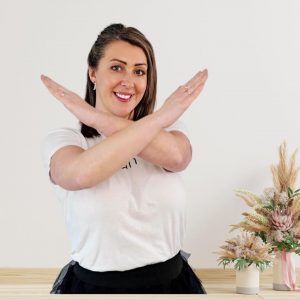 Women’s Assertiveness Coach, Jodie Salt, a 21st century feminist, best-selling author of ‘Woman Up – the 21st century women’s guide to being assertive’ and mum of three teenage daughters. Jodie is also the co-founder of Womanifest ™ and Ladies Life Lounge – an online members club for women who want to live a happy, fulfilling & successful life.

To celebrate International Women’s Day, Jodie will be releasing her brand new app –  ‘Woman Up’ – the ‘Netflix’ of personal development for women, describing the app as ‘everything you need to live the happy, fulfilling and successful life you deserve.’ The Woman Up app includes a huge library of video modules, masterclasses, downloads, workbooks and much more… covering everything from confidence to personal style, sleep to managing your money, hormones to accelerating your career, relationships and sex to wellness, physical and mental health. 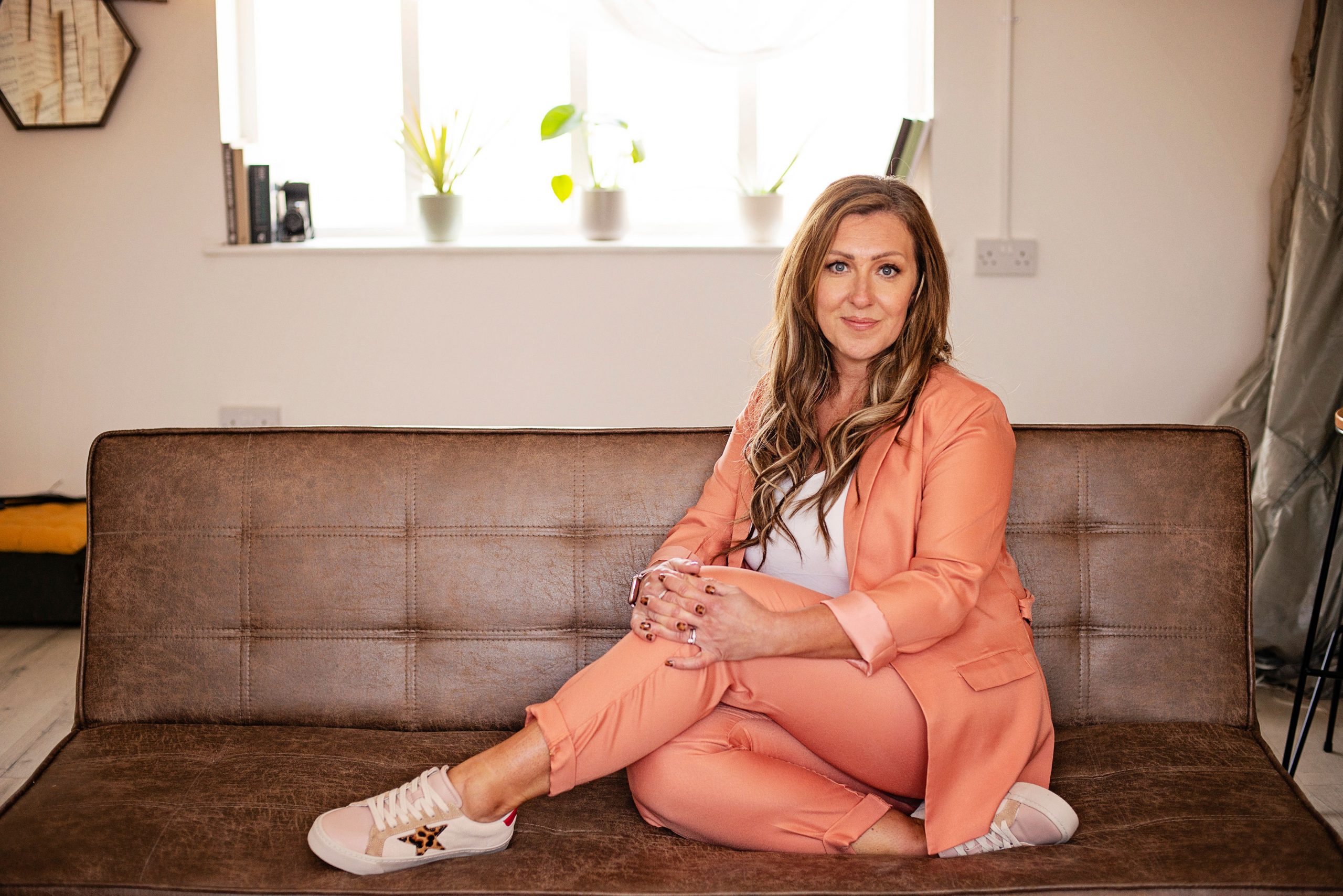 Jodie will also be hosting a live FREE lunchtime masterclass on International Women’s Day on the 8th March to celebrate and help EVERYONE see how they can contribute to making a difference.

In this masterclass, Jodie will be sharing the true cost of gender bias and its impact

Alison is the Digital Content Editor for WeAreTheCity. She has a BA Honours degree in Journalism and History from the University of Portsmouth. She has previously worked in the marketing sector and in a copywriting role. Alison’s other passions and hobbies include writing, blogging and travelling.
Previous PostInspirational Quotes: Clara Zetkin | Founder of International Women’s DayNext PostMenopause Matters: The importance of menopause policies and measures for all employees