How do you go from an egg and sperm to a real, live baby? Here’s a step-by-step guide.

You’re pregnant! Once the excitement (or shock) of finding out has died down, things go a bit quiet for a while. It can be difficult to believe that anything’s happening in there. But while you’re busy telling people (or trying not to), and perhaps getting the first waves of morning sickness, that little bundle of cells is a hive of activity.

The blueprint for your baby’s features was determined at the moment of conception, and by the time you’re 3 months pregnant, the baby has all the organs and parts it needs; the rest of pregnancy is about growing and maturing enough to survive on the outside.

Although genes control your baby’s appearance, personality, and indeed health, outside factors can affect how the genetic blueprint is carried out. So it’s important to ensure that you get all the right nutrients and to avoid anything that might cause harm.

Once egg and sperm have joined, the fertilised egg, called zygote, travels down the fallopian tube, and arrives inside the womb 4 days later. By this time, the zygote has divided a number of times and this bundle of cells settles into the lining of the womb. After a little time, the cells separate into 3 layers: ectoderm, from which skin and many other parts develop; the endoderm, from which the gut, liver and kidney develop; and between the two, the mesoderm, which forms bones, muscles and cartilage. The ectoderm grows out to cover the others two layers, and the whole embryo becomes oval-shaped. Soon after, a groove forms in the ectoderm, and the edges grow together and join, forming the neural tube, which will become the brain at the one end. A similar tube forms from the endoderm, and this eventually becomes the gut. The mesoderm pushes out from the sides and these limb buds will eventually form the arms and legs.

The Brain and Nerves

About 3 weeks after fertilization (only a week after the first missed period told you that you were pregnant), the head end of the neural tube expands rapidly, making the tube bend forward and enlarge. This is the future brain. Nerves start growing from the neural tube, and by 8 weeks after fertilisation, most of the nerves have been formed. Folic acid is essential for this process, and this is why it is important to take it, especially in the first 6 weeks of pregnancy. The Department of Health’s recommendation is 400 micrograms a day, starting 3 months before you plan to conceive, but if you don’t know about this, start taking a supplement now and continue until the 12th week of pregnancy.

This forms from the endoderm layer; at the top end it joins up with a pit of skin to form the mouth, and at the other end it joins with what will become the anus. Outgrowths from this tube form the liver and pancreas.

About 2 weeks after fertilization, blood-forming cells gather in channels that will form blood vessels. By the time the embryo is 3 weeks old, a major blood vessel running up and down the embryo enlarges the chest region, forming the early heart. A simple circulation starts pumping blood around the body, and at about 24 days the beating of this primitive heart can be picked up by ultrasound scans. A sheet of tissue develops, dividing the heart into 2 halves, and a large valve in each gives the 4 chambers of the heart.

Although not required during life as an embryo, the lungs develop as buds from the upper part of the gut. At much the same time, a muscle develops from the inner layers of the body cavity and separates it into an upper half; the chest, containing the heart and lungs; and the lower half, the abdomen, containing the bowel, liver, kidneys and other organs. This has an important role in breathing.

From the back of the embryo a series of small tubes develop to make the kidneys, where urine is produced. From the lower part of the gut, a bud develops, which will become the bladder, and from which tubes grow up to join the kidneys, which lie in the pelvis. These tubes become the greeters, which carry the urine from the kidneys to the bladder. These start working at an early stage and contribute to the fluid in which the embryo (fetus) lies. Because of the rapid growth of the tail end of the embryo, the kidneys are drawn upward high into the abdomen.

Several buds grow from the sides of the upper end of the embryo. In the centre a pillow of tissue grows downwards to form the nose.

In the area of the future mouth, tissues from each side join to form the upper lip and lower gums. Harder tissue is laid down first, as cartilage, which later becomes the upper jaw and teeth. From the floor of the mouth, muscle develops to form the tongue and taste buds develop within it.

Each eye develops as a nerve from the brain. The skin of face becomes hollow in to form a cup to join up with this nerve. The lens and the remainder of the eye, including the eyelids, are formed from tissue of the face.

About 30 days after fertilisation (6 weeks pregnancy), the limb buds develop, arms before legs. These tubes of ectoderm (skin) are filled with mesoderm, which becomes the muscles, joints and bones. At first the fingers and toes are joined together, but later the skin between them breaks to form separate digits. This all happens within 10 days and then limb movements start. These will give you the first feelings of the baby moving (this is called quickening), although you won’t feel them until about 18 weeks into the pregnancy.

You may not have realised that your partner was in control of whether you’re expecting a girl or a boy. The sex of the embryo is determined at fertilisation, depending on whether the sperm contains an X or a Y chromosome. The egg always contains an X chromosome, so another X from the sperm means a girls, a Y from the sperms means you’re having a boy.

The basic shape of the body is female, but if there is a Y chromosome then the male hormone testosterone modifies the organs to the male shape. The labia fuse in the midline to form the scrotum, and the gonads develop sperm-making tubules. These testes migrate out of the body cavity and into the scrotum. The tissue that forms the clitoris in the woman surrounds the urethra, the pipe from the bladder, to make the penis.

In the female, the gonads develop and the covering tissue produces millions of oocytes, which have the ability to become eggs. By birth there are more than 2 million, but most generate so that at puberty there are only about half a million left. These continue to disappear over the next 40 years or so until there is none left, and the menopause starts.

At about 9 weeks after fertilisation, two tubules grow down from the back of the abdomen. They meet in the middle and fuse, forming the uterus and tubes. The cervix (neck of the womb) and vagina also develop from these tubes and meet a pouch of skin just about the level of the hymen and join together to form the complete female genitals.

Most of the organs are formed in the first 3 months. The rest of the pregnancy – when you know that something’s going on; you can see change and feel movement – is about growing and maturing enough to survive in the outside world.

Although the blueprint is laid out and determined by genes, other factors can have an effect on the development of the embryo. It is during this first 3 months that the embryo is most sensitive to outside agents such as drugs or viruses that the mother may take or catch. This is why simple infections like German measles (rubella) can have such an effect on the embryo if the infection is caught in very early pregnancy. Therefore being immunised and ensuring a healthy diet, and avoiding most medicines, smoking, and alcohol are important, particularly in the early days, but also throughout pregnancy.

7 STEPS FOR A HEALTHY DEVELOPMENT 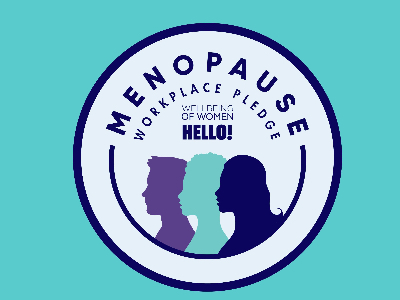