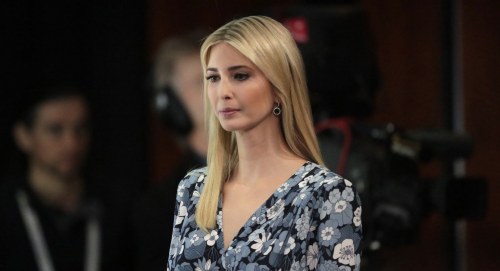 Ivanka Trump, the daughter of President Trump and a White House adviser on women in the workplace, has backed a plan to scrap the current gender pay gap policy.

The policy, which was originally announced by the-then president, Barack Obama in January 2016, would have required employers to collect information about how much they paid employees. This information would then be broken down by gender, race and ethnicity, giving a more accurate view of the US’s gender pay gap.

However, Trump’s administration announced this week that it was stopping the implementation of this policy – something that the president’s daughter backed.

In a statement, Trump said, “Ultimately, while I believe the intention was good and agree to pay transparency is important, the proposed policy would not yield the intended results.”

She continued, “We look forward to continuing to work with EEOC, OMB, Congress and all relevant stakeholders on robust policies aimed at eliminating the gender wage gap.”

A spokesperson for the administration stated that the policy was seen as “enormously burdensome” for employers.

Speaking to The Wall Street Journal, Neomi Rao, an administrator from the Office of Information and Regulatory Affairs, said, “We don’t believe it would actually help us gather information about wage and employment discrimination.”

Since her father’s election campaign, Ivanka Trump has styled herself as a champion of women and said she was a feminist at the G20 women’s summit. Earlier this year, on Equal Pay Day in the US, Trump tweeted that, “women deserve equal pay for equal work.”

However, Trump’s backing of getting rid of legislation that would help women get equal pay has been met with criticism.

Alexandra De Luca, press secretary for Emily’s List, a Democratic group working to elect pro-choice women into public office, said, “Based on what we’ve seen so far, there’s nothing shocking about Ivanka, self-styled champion for women, turning her back on women when it suits her or her father.”

“She’s as much to blame for the relentless anti-woman agenda pushed by this administration as anyone in the White House.”

Alison is the Digital Content Editor for WeAreTheCity. She has a BA Honours degree in Journalism and History from the University of Portsmouth. She has previously worked in the marketing sector and in a copywriting role. Alison’s other passions and hobbies include writing, blogging and travelling.
Previous PostCulture is created leader by leader | Future Leaders BlogNext PostMiss UK hands back crown after being told to “lose as much weight as possible”