2021 continues to be the year of change for the #EthnicityPayGap Campaign.

The founder of the #EthinicityPayGap campaign, Dianne Greyson, has developed an online questionnaire that aims to explore the extent and impact of pay inequality on black women living in the UK.

The survey, which went live on the 1st of June 2021 and has already generated responses, will be formally launched on the June 7th 2021 and Dianne encourages all black women living in the UK to take part.

Dianne explained that the survey was developed in response to the paucity of research into pay disparity with regard to black women. The Fawcett Society in their 2017 briefing “The Gender Pay Gap by Ethnicity in Britain” observed that up-to-date evidence of income disparity for minority ethnic women was not available, and their findings were based on an analysis of Labour Force Survey data from the 1990s to 2017. While the findings are illuminating, Dianne notes that as they are drawn from data analysis, the lived experiences of black women are absent. “I wanted to give black women a voice…too often we are ignored or unheard.”

The Ethnicity Pay Gap campaign was founded in 2018 with two expressed aims: to make it a legal requirement for companies to both report on and address pay disparity based on race, and to highlight and encourage companies to eradicate the cultural and systematic practices that both generates and fuels pay inequality. Dianne reflected that while her campaign has helped to bring the issue into the mainstream, much more needs to be done in terms of tangible progress. As of 2020, only 23% of companies had published data about ethnicity pay disparity. Through her own activism and in the process of supporting other campaigners, she noted a distinct lack of impetus from central government to bring about change. Last year a petition to introduce mandatory ethnicity pay gap reporting gained well over 100,000 signatures, which is the threshold needed to justify a parliamentary debate. Despite this, no date has been set for that debate as yet.

Dianne goes on to say, “I sent an open letter to Kemi Badenoch (Parliamentary Under- Secretary Of State For Equalities) and others to highlight the staggering extent of the pay gap, which at last reporting stood at £3.2 billion, and was very underwhelmed by the response. A short while afterwards, the CRED [Commission on Race and Ethnic Disparities] report was published, which did not even endorse mandatory reporting much less recommend making it a legal requirement for employers to address pay disparity based on race, and my suspicion this government is not committed to addressing the ethnicity pay gap was confirmed. “

It was this sense of frustration and a determination to challenge the current inertia that inspired Dianne to develop the ethnicity pay gap survey, which she hopes will build on the success of the first ever Ethnicity Pay Gap Day that took place on January 8th 2021. “The survey will take no more than 6 minutes to complete. I’m very excited at the prospect of providing a space for black women to share their experiences of pay discrimination.

I have a number of theories regarding the actual causes, but this survey will provide an evidence base. Our campaign also plans to interview some of the respondents and then formulate a report that will also contain a list of recommendations for remedial action”.

The founder of this increasingly visible campaign made it clear that there is much more to come. “I will definitely organise another Ethnicity Pay Gap Day; I am keen to share the knowledge I have gained and mobilise others to get involved. My website will provide a space where people of colour can tell their stories of pay discrimination and find advice and support. I want to increase the public’s consciousness, so that the ethnicity pay gap is as widely acknowledged as the gender pay gap.”

You can complete the ‘Ethnicity Pay Gap – Experience of Black Women In The UK’ survey here.

Discover more about the Ethnicity Pay Gap below: 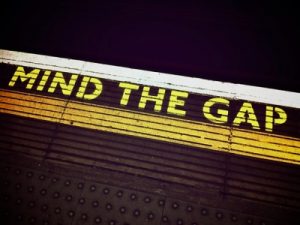 Join us and help close the #EthnicityPayGap 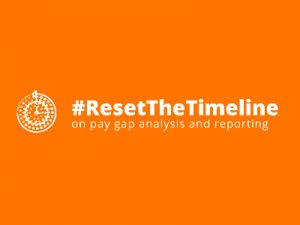 The Reset the Timeline campaign, which is supported by the Fawcett Society and Women on Boards UK, is aiming to speed up the progress on closing the gender pay gap. The campaign is asking those organisations who fall under the reporting legislation to do it sooner, better and do more.

Currently, organisations with 250 or more employees must submit their Gender Pay Gap report to the Government each year by 30 March for public sector and 4 April for Private and third sector employers. 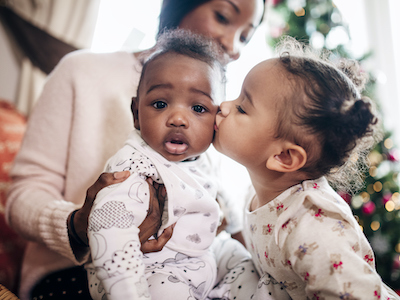 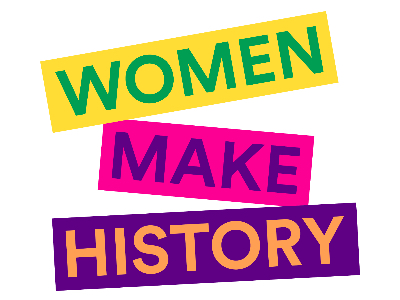