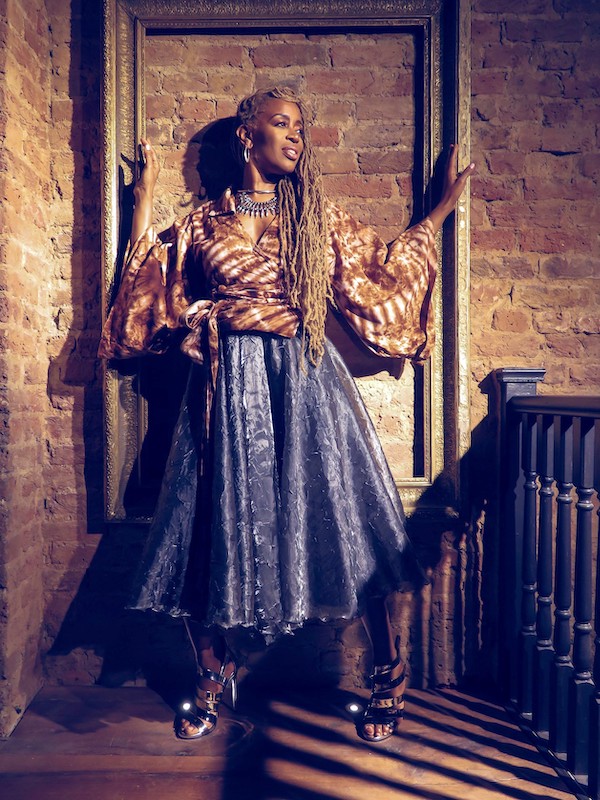 With a personal, authentic approach to everything she does, it’s no surprise that JB gives back to lift others up in other areas of work, as a vocal tutor at three charities Heart n Soul, Second Wave and Clean Break, a career that has clearly inspired her songwriting with her hit soulful, solo singles ‘Back To Love’ and ‘Gold’. JB is no stranger to the music industry and was originally signed to RCA/Sony Music as Maximum Style, with 4Hero’s Marc Mac and Dego. With Maximum Style, JB released a seminal jazzy drum n bass album and several tracks ‘Waste Of Time’, ‘Admit To Love’ and ‘Wake Up’ that caught fire on the underground scene in the UK, US, Europe and Japan. She has also recorded with Bugz In The Attic and Swayzak, and sung backing vocals for Coolio, Omar, supported Chaka Khan, most recently performing live last year alongside UK soul legends Junior, DonE and Noel McCoy. Over the past year, JB has grown a dedicated, grassroots following for her YouTube channel JB Rose Singing Vegan Mum, where she bakes and cooks inspiring, delicious vegan food and opens up her busy family life for all to enjoy.

Like many women I am diverse, a multi-tasker and I have many interest that I am compelled to engage with and fulfil as these pursuits are all part of what makes me, me. I list the fact that I am a mum of two young boys first as I believe that they are my biggest accomplishments today and will be forever. I’m a singer, songwriter, playwright, theatre producer/director, youth charity facilitator, vocal coach, and a chef on YouTube where I not only share my delicious vegan recipes but also share my family life, my musical journey and interview other artists on my YouTube show ‘The Flavour of Music’. It has been a real journey to watch the industry change and evolve, and with it my career. I’m blessed and thankful to be doing what I love and lift others up along the way.

My career has blossomed organically. As a young person I attended various youth theatre and music organisations, where I learnt my skills as an artist, writer etc., and through my creative drive opportunities presented themselves and more importantly, I created my own opportunities.  For example, in my very early teens, three friends of mine and I set up our own theatre company called the Bemarro Theatre Company where we created shows and toured England, Switzerland and Holland. Since then I co-founded a Company called Tell Tarra theatre that tells stories from a Black British perspective. I have also set up and ran a successful pop choir in Essex where I live called Chafford Voice. I’ve had a record deal with RCA/SonyMusic when I used to sing to drum and bass music with the group Maximum Style. And as a solo performer I was the warm-up act for Chaka Khan at Hammersmith Apollo. At the moment, I have two soulful, solo singles recently released on my own record label called High Pitch. The songs ‘Back to Love’ and the current single ‘Gold’ is riding high in the soul charts right now and actually my single ‘Gold’ is enjoying a second flush of life with the ‘2B3 Rare Groove’ remix.

I like to view obstacles in my way as hurdles that I have to jump over or as learning curves and opportunities for me to up-skill in order to help me to improve, navigate and see past the usual systemic constructs such as sexism, racism etc.  As a creative person I find that if I focus on my goal the authenticity of that helps me solve problems. The fact that I have my own record label, my own theatre company etc suggests that nothing will stop me. We always assume that the mainstream and the establishment is the goal but often when you achieve these things – it’s not all that it’s cracked up to be.

As I mentioned, my boys aged 8 and 12 years old are my biggest achievements. Being a creative person and making sure their needs are met is a constant juggle. My single last year called  ‘Back to Love’ was a real runaway success after me being away from music. With its lyrics “Another life been taken can’t pretend…”, the song was written when I lost my cousin in a senseless knife attack and so I released it to really encourage people to be our brother’s keeper and love one another.”

When writing it, I was busy looking after my sick mum, so it made me very happy. I’m pretty proud of my new single ‘Gold’ which is doing amazing things on all the download charts. To be honest it’s hard to put a finger on all of my achievements, there are so many for example I was a writer on the very first Black BBC drama series called ‘Brothers & Sisters a few years back.  I am always striving for more, so there’s always something else to work towards.

I think you should pursue your passion and do what you love. Once you’ve identified your gifts then you should simply do it and do it all the time until you’re really good at it. It is impossible not to attract success if you just do what you love with integrity and energy

In my freelance work as a vocal / drama tutor and Director with the many youth, community and theatre groups I work with, mentoring always plays a key part of the process. Mentoring is usually built into the structure of my arts work, where people shadow me, support my sessions and work alongside me.

I believe that mentoring is such an important aspect of this work as it ushers the next generation of creatives into the industry. Inevitably I always meet really wonderful people, who I stay in touch with long after the mentoring process. In fact, I often end up working with them on an equal level.

I would make sure that men and women get paid the same. It still is the case that men get paid more money in the arts , even though their female counterparts are doing the exact same job.

If I could give advice to the younger me I would tell myself that everything is fine. I was fortunate to be able to train in the arts whilst still living at home with my parents. I think I moved out when I was in my 30’s. At some point I looked around and it seemed that everybody around me had all the trappings of success; enjoying grown up life like having a fancy car, holidays and a family. But when I look back now, I realise that the time I spent developing me has really paid off.

I am looking forward to the release of two more singles throughout 2021 followed by my album called Jubilee. I also have some more exciting things happening on my YouTube channel, JB Rose Singing Vegan Mum.  My very first E-Cook book is now available on my website www.jbrose.co.uk and I am looking forward to creating a follow up vegan cookbook.