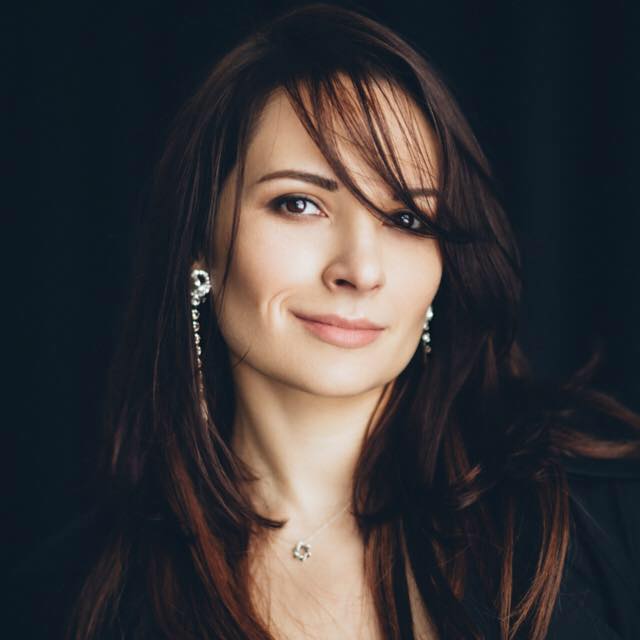 Yana Barinova is currently Chief Strategy Officer and Chief Operational Officer of the Babyn Yar Holocaust Memorial Center (BYHMC), where she has been for the past four years.

Prior to this, Yana held roles at the Konchalovsky Foundation in Moscow and KEA European Affairs, a Brussels-based consulting company. In 2015, Yana came back to Ukraine and helped to create a Museum of Jewish Culture in Odessa.

Since November 2018, Yana has become a member of the World Jewish Congress Jewish Diplomatic Corps, joining one of the working groups to focus on international human rights. She also holds the status of a Jewish Diplomat.

Yana holds Master’s degrees in both Philosophy and Economics, and is currently studying for her Ph.D. at Panthéon-Sorbonne University in Paris.

Tell us a bit about yourself, your background, and your role at BYHMC.

Today, I’m Chief Strategy Officer, Chief Operating Officer and a Member of the Board.

I have an MBA in Cultural Management and am currently studying for my PhD at the Pantheon-Sorbonne University alongside my work.

Did you ever sit down and plan your career? How did you end up at BYHMC?

For as long as I can remember I’ve known that, sooner or later, I’d end up working in a project with social impact and added value.

I have ten years’ experience working on similar projects that made me a perfect fit for Babyn Yar. I was recently appointed as an Advisor to Vitali Klitschko, the Mayor of Kyiv, on cultural and humanitarian issues. I am also a member of the World Jewish Congress’ Jewish Diplomatic Corps, and hold the status of Jewish Diplomat.

The Jewish Diplomatic Corps of the World Jewish Congress (WJC) is the diplomatic flagship program of the WJC, with more than 300 Jewish professionals from 50 countries engaged in diplomacy and public policy on behalf of world Jewry.

Alongside this, I act as a consultant for young emerging NGOs in Ukraine and beyond on a pro bono basis.

Throughout my career, I have always been looking for a cause that I could dedicate my everything to – I strongly feel that everyone has a purpose. Mine is the Holocaust remembrance, as 13 of my relatives were victims of this tragedy.

Sometimes it feels that I did not choose the project, but rather that BYHMC chose me. All my aspirations, particularly the opportunity to educate the public on democratic values, human rights, justice and the rule of law, have been realised through my work at the Babyn Yar Holocaust Memorial Center. It is such a powerful, important project that I find endlessly inspiring. I am wholeheartedly committed to bringing the project to life and building the centre by 2023.

The biggest challenge I face is creating the Memorial Center to reflect modern Ukrainian society. I am aiming to combine history, new technology, society, contemporary art, research programs, and innovative learning strategies. There is a need to build a new method of commemoration – an engaging, visual and digitally-minded way to tell the tragic stories of the past.

I hope that BYHMC will attract a diverse demographic audience. New generations do not learn about history and culture through the methods our parents used. Instead, we must adapt our communications to appeal to people who have no emotional connection with the Holocaust, who are not connected with the territories of the former Soviet Union, and with those who do not have Jewish sentiments or relatives among the Righteous Among the Nations.

I believe in the power of combining art and technology so that the public can truly experience what it meant to experience Ukraine during World War II.

What has been your biggest achievement at BYHMC to date?

I cannot stress enough how enormously proud I am to be involved in the BYHMC. My greatest accomplishment so far has been in the work to build our network of supporters around the world. Public and private organisations; state and local governments; as well as both Ukrainian and international donors have all come together with the common belief that this mission is above politics.

Such a diverse collaboration is completely innovative for Ukraine, combining the efforts of the state and a private foundation in the socio-cultural sphere. I’m proud of what we have already built with this support – something that has never been achieved in Ukraine before. We have never dedicated a memorial centre to Holocaust history and education. I’m very excited that we are going to be the first to help current and future generations learn from the past to prevent such tragedies from being repeated.

What is your greatest accomplishment in life? What is the first thing that comes to mind?

My greatest accomplishment is raising a wonderful 10-year-old daughter whose heart is filled with love and humanity. It is essential to develop a sense of humanism and love in children, which can carry them further in life.

If you respect a child, then your child will learn to respect others. If you love your child as they are, they will learn tolerance. If you care about a child, they will grow up and try to take care of those less fortunate. The only guiding rule is to show by personal example what good is, what justice is, what respect is, and try to immerse the child in these feelings and experiences from the start.

What one thing do you believe has been a major factor in achieving success?

Success is the fruit of courage. If you want to succeed, then you must work. I consider planning and working 24/7 to be a basic strategy of prosperity, but at the same time, not forgetting to enjoy every moment.

Everyone faces difficulties and challenges, but what sets people apart is how they cope with them. I am used to telling myself that this is a temporary test and right now, more than ever, I need to be strong! Problems, and how you deal with them, are an important part of growing and moving forward.

Mentoring is a critical catalyst for career advancement. Having somebody who has walked in your shoes, and succeeded, support you is crucial for being able think big. In the last couple of years, I have acquired several mentors and constantly work with a psychotherapist and life coach. I’m lucky to have access to people I trust, who are willing to share their experience and deep knowledge with me, giving me the ability to think critically about my own business and life.

This year I also have been invited to become a mentor for the MAP It program of America House Kyiv, in collaboration with the renowned business coach Rania Anderson. This is quite an innovative approach to facilitate career growth in Ukraine.

If you want to see change in society, you must be responsible for not only yourself but others too. In my work, I am constantly reminded how much evil one person can do, but also how much good can be achieved by people working together.

If you could change one thing to accelerate the pace of change for Gender Parity, what would it be? Is there anything we can learn from the Holocaust story to take us towards Gender Parity?

The Holocaust story shows that, if people do not realise the consequences of war, intolerance, and discrimination, a catastrophe can happen at any moment. When we understand the genesis of the genocide, where it comes from and what it feeds on, it becomes easier for us to notice such manifestations and behaviours in our own lives.

Challenge yourself. I keep on repeating how important it is to think big, dream big, go beyond your boundaries, and look for opportunities. This skill may be lost in the routine of daily life, but only by doing this can you hope to achieve great things.

I’d also advise younger me to make sure not to lose myself along the route to success. I would encourage her to trust her own instincts and inner voice. Doing so has served me very well.

What is your next challenge and what is BYHMC hoping to achieve in the future?

The biggest challenge for BYHMC was to start from scratch in 2015, when the team consisted of the future Mayor, myself, and one potential donor. At this time, I often wondered why Vitali Klitschko picked me as the Manager. I am a thoughtful risk-taker, and I think both he and the donors were drawn to my ability to speak my mind, be straightforward, make bold statements, and raise critical questions. As a former professional boxer, Vitali Klitschko was able to sense a strength in me. This is where we clicked.

For now, the main challenge that stands before me and the BYHMC is to encourage people to think differently about how they perceive the past. The story that the BYHMC tells will catalyse a social transformation in Ukraine. Time has passed since the Holocaust, our population has changed, technology has developed unrecognisably, and the way people consume knowledge is entirely different than it was just a few years ago.

Unfortunately, the subject is as relevant as ever. However, for a young democracy like Ukraine, coming to terms with the past, even its most painful episodes, is an important step towards developing our national identity and securing a democratic future.