In our latest monthly round-up we take a look at our favourite and uplifting Inspirational Women & HeForShe interviews from February.

Discover our editor’s pick of inspirational interviews for February below: 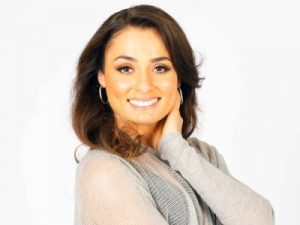 Over the last 10 years, Flavia has become one of the nation’s favourite dancers and personalities.

From her glitterball-winning exploits on BBC One’s Strictly Come Dancing to her formidable dance partnership with Vincent Simone that saw them sell out theatres around the UK with their unique brand of dance theatre for a consecutive 8 years. Along the way, they both managed to garner rave reviews, pick-up several award nominations, appear on numerous TV shows, and even make special appearances on prestigious shows like the Royal Variety and the BBC Proms. 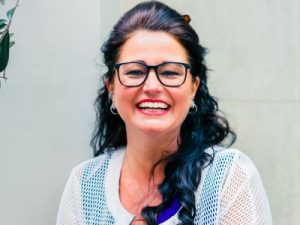 Victoria is a Professional Speaker, Businesswoman and people expert.

After 25 years in the corporate world, Victoria set up Motivational Voice and from her fascination of people and wanting to understand “why people do and say the things they do” she studied to become DISC Personality Profiler. As a qualified, award-winning DISC Practitioner she has given presentations to numerous corporations helping them understand their team dynamics to build stronger and supportive teams, improve moral, reduce stress, enhance communication and productivity.

Victoria is also a Menopause Ambassador, sharing her own personal journey through this change in a women’s life. Other’s have said “Victoria’s passion and enthusiasm is contagious, she inspires those around her to help themselves”. 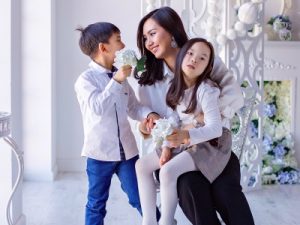 Aizhan Alzhanova is a co-founder of Mama Pro, a center in Kazakhstan which supports the professional growth of women who are stay-at-home mothers, have had employment difficulties due to special needs of their children, or women who are victims of domestic violence.

They currently have centers in Almaty and Astana, but hope to one day have a center in every city in Kazakhstan. Previously, Aizhan studied at Nazarbayev University’s Graduate School of Education after her daughter, Zhanel, was diagnosed with Down syndrome. Aizhan considers Zhanel to be a massive inspiration in her work: she inspired Aizhan to change career paths, open these centres, and find herself in the right place and right time to help other women like her. 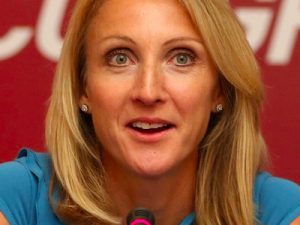 Paula Radcliffe first set a World Record when she won the 2002 Chicago Marathon.

In 2003 she repeated the feat in front of a home crowd during the London Marathon. Running a time of 2:15:25, her World Record would stand for 16 ½ years.

Fiercely determined and with laser-like focus, Paula trail-blazed her way into the history books creating a legacy that would stand the test of time. From incredible comebacks to a career jam-packed with achievements – it’s perhaps easiest to say: 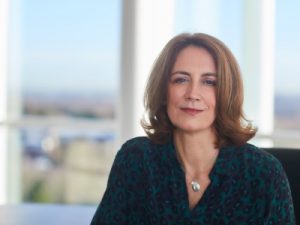 Deborah is one of only sixteen female CEOs at AIM-listed companies. She is passionate about championing female financial independence, encouraging women to have a better relationship with their wealth.

Deborah has had a long-standing career spanning over two decades in both industry and consultancy, working for big names such as Marks & Spencer, Nationwide Building Society, and Towers Perrin. From there, she went on to co-found Innecto Reward Consulting which is now part of the Personal Group family.

Since Innecto launched in 2002, Deborah led the business to new heights and it has since become the largest independent reward consultancy in the UK. Her role involved her securing and delivering multiple global projects for high profile clients including Boden, Caffè Nero Sky, and Arsenal Football Club.

Day to day, Deborah is responsible for overseeing and developing Personal Group’s strategy whilst servicing the needs of the working backbone in the UK. 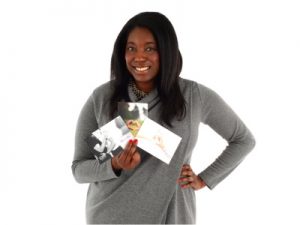 A few years ago while shopping for an anniversary card for her then fiancée and failing to find any that celebrated interracial love, Tineka found inspiration in her frustration to set up a greetings card product that genuinely reflected the diversity of modern relationships today.

Tineka developed Huetribe to produce greeting cards that recognise and celebrate diversity, as well as create a brand with a wider social purpose too.

Tineka believes that the greeting cards industry has a small but significant part to play in promoting social inclusion, acceptance and tolerance through products that celebrate love irrespective of race, sexual orientation, gender and ability. 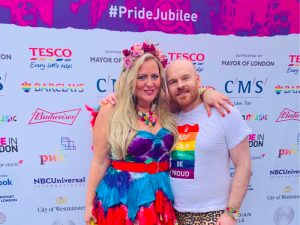 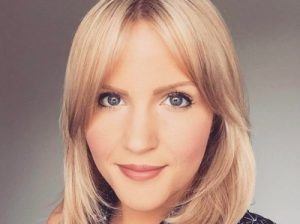 Samantha, aged 31 and from the West Midlands, founded Open Study College, a distance learning provider, with her father over 12 years ago.

CEO since the age of 29, she heads up a skilled and diverse team of 42, encompassing academic specialists, web developers and customer service operatives. Working with a network of specialist tutors, they deliver flexible learning which has helped thousands of people to improve their career prospects through distance learning. 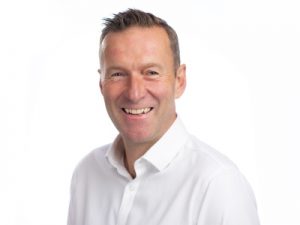 Graeme Yell is the Director of People and Organisation Development for NATS, the UK’s air traffic navigation provider.

He leads a team focused on building the capabilities NATS needs, both now and in the future, in order to achieve its goals. This includes learning, leadership development, talent management and oversight of all early careers entrants into the organisation.

Before joining NATS, he worked in a global leadership role for Vodafone, and was previously a partner in an international HR consulting firm.  He has a degree in archaeology and anthropology from Cambridge university.

In his spare time, Graeme enjoys spending time with his family (including five amazing children) as well as cycling and playing the piano (not at the same time). 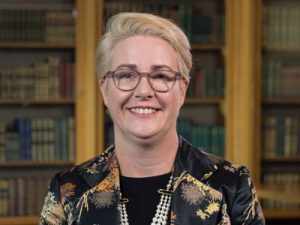 Siobhan is a Partner and Board member of Mercer Ltd (UK), a global professional services firm, leading their HR function across the UK.

She previously worked at Ernst & Young and KPMG, leading complex global change projects for clients and has been based in London and Edinburgh since 2005.  Siobhan took her PhD in Forensic Psychology from Monash University where she is also a Fellow, and is now Chair of the UK branch of their Global Leaders Network.

Siobhan is a member of the Parochial Church Council of All Hallows by the Tower (the oldest Church in the City of London) and has been recognised as one of the top 10 global LGBT executives by the Financial Times. Siobhan has previously held Board positions with Big Brothers Big Sisters, the Lord Mayors Charitable Foundation, as a School Governor, and as an Advisory Board Member for the global Professional Women’s Network. Siobhan is an Associate Fellow of the British Psychological Society and Member of the Australian Psychological Society. She’s also the mother of two wonderful young people and Nüdel & Scully, their miniature dachshunds.