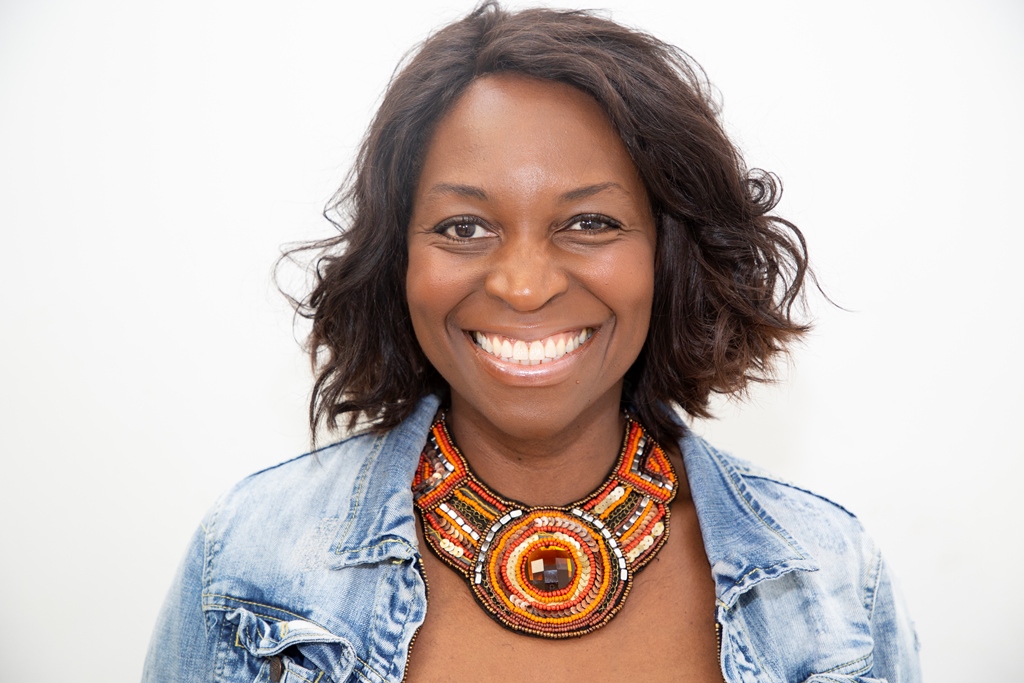 Arit Eminue is a multi-award winning entrepreneur, career and business coach who empowers people to realise their full potential in careers they enjoy, which in turn helps businesses to grow.

Since 2005 she’s supported at least 1000 individuals into employment via Apprenticeships, internships as well as through her group coaching workshops and one to one support.

She does this through DiVA, a recruitment and training organisation specialising in creative, business, and digital apprenticeships.  Arit founded the company from nothing; a single mum, she set the business up from a desk under her stairs and has built it into a recognised brand in the training and recruitment sector.  Her clients include some of the world’s most renowned entertainment media brands including All3 Media, Sony Music, the BBC, Warner Music, Endemol Shine UK, Warner Bros, the Southbank Centre, Fremantle, UK Music. She also developed, in partnership with the BPI/BRIT Trust, the BRITs Apprenticeship scheme, funded by proceeds of BRIT Music Awards, which supports the next generation of music executives.

An advocate for racial equality, 50% of the talent DiVA supports is from Black, Asian and Minority Ethnic communities as is 84% of its staff.

DiVA it is part of the Apprenticeship Champions Diversity Network, who encourage more people from underrepresented groups, including those with disabilities, women and members of the black, Asian and minority ethnic (BAME) communities, to consider apprenticeships.

I help organisations recruit and retain the best talent and (so far) have supported nearly 1000 people to build careers they enjoy whether that be through employment, entrepreneurship, or a mix of both.

I do this through DiVA, a recruitment and training organisation, which I founded. We work with a range of well-known entertainment brands and support them to diversify, recruit and develop their talent through government-backed apprenticeships in digital marketing, leadership and development, and business administration. We also provide coaching for middle managers and executives.  I also have a YouTube channel which provides audiences worldwide with the tools they need to build a successful career.

Before DiVA, I had spent several years working in the creative industries, as an assistant editor at a publishing company, and worked as a script editor and producer. I also had some general admin jobs not related to what I do now, that helped me build transferable skills.

On a personal level, I am an unashamed fan of the Real Housewives series, Love Island and other forms of very good bad TV. Technically I am an empty nester,  however, like a boomerang, my daughter returned after University, and we live together in east London.  I am a spiritual person; my faith and meditation practice are vital to me and help keep me anchored.

No. I grew up in a working-class environment in the northeast of England where the emphasis was on getting a 9-5, getting married, having kids, and then retiring with your carriage clock or watch.  That life was not for me. I left school with crap GCSE’s and moved to London in my late teens, where I worked as a personal assistant at a hotel chain. In this new environment, people spoke about their careers, so I began to think about what my career could look like. I had always enjoyed all things creative; I was an avid reader, writer and loved watching TV.  So, I attended night school and got my first ‘A’ in GCSE Media studies. Shortly after I jacked in my job to head off to University to a degree in Creative Writing and a few years later into the National Film and TV School where I did my post-graduate degree in film and TV producing.

I spent a few years working in the film and TV industries as a producer and script editor helping first-time filmmakers get their feature films ready for production.  I was not earning a lot of money as a producer so took a freelance opportunity to set up and run an internship programme helping people from Black, Asian and Minority Ethnic Communities get jobs in the film industry.  I loved playing the fairy job mother and have not looked back since.

My biggest challenge is also my biggest blessing, and it came at the start of my career. I discovered I was expecting my daughter during the first week of the first term of my first year at University.  It was also clear I was going to be a single mother. I had made a big decision to leave a full-time job to go to University and felt very much at the start of a new life for myself, so it did not feel like the best timing, however, in retrospect, for me, it was perfect timing.  I waddled through my first year yet finished with my peers and came back after our summer break to graduate with honours. I have had to navigate my career with my daughter in tow, and it has not been easy.  From taking her into lecture theatres at Uni when childcare fell through, to fibbing about why I had to leave a production set early so I could a) make it back to the nursery to pick her up on time and b) not let on that I had a child out of fear of not getting more work.  I set up my business so I could create the flexibility I needed.  Although we may not be where we need to be, there has been a lot of progress in the workplace when it comes to helping mothers and fathers balance their work and families.

Personally, my biggest achievement will always be raising my daughter.

Professionally, I was invited to a reception at Windsor Castle with the Queen and members of the Royal Family in honour of movers and shakers in the film and TV industries. Guests included actors, presenters, producers and directors I’d admired from afar. It was humbling to be thought of as a mover and shaker by my industry peers. Plus, it made my Mum proud and gave her something to brag about to our family in Nigeria.

Having faith and a sense of purpose. I believe we are all here for a reason and arrived packaged with gifts and talents designed to be a solution to a problem and impact the lives of many. I encourage my coaching clients who are stuck in their carers to spend time getting to know who they are, what they stand for, and what makes them tick.  When you know who you are, you attract opportunities, whether that be a job or a business opportunity, that is aligned with your values, allows you to play to your strengths, and ultimately become who you were created to be. I know it sounds a bit woo woo to some, yet without a sense of purpose, you’re liable to become like tumbleweed, rootless, floating aimlessly through life at the direction of the wind.

It is important to surround yourself with people you can learn from and who will guide you. I have had the privileged of being a mentor. I have also been mentored and have benefited from both experiences.  To get the most out of the opportunity, I find its best to be clear about what you hope to achieve from the mentoring relationship, set realistic expectations and if you are the mentee, it’s for you to deliver on any outcomes agreed.  Digital technology has allowed us the opportunity to have virtual mentors too – those who have a career you aspire to have or perspective you are trying to develop.  You can connect with them via Podcasts, books, YouTube – there are so many opportunities for you to build an army of support and guidance.

I would link change to an organisation’s bottom line.  For example, a lack of gender or racial equality at board level would incur an additional tax, which could be reinvested in grassroots organisations that champion diversity.  There would be checks and balances in place to ensure recruitment is fair and transparent and not tokenistic – with additional financial penalties for those who do not comply.  There is enough data, reports, talent, frameworks, recommendations, case studies, training courses available to support change. What is lacking is action on the part of leaders. If you are not prepared to ensure your business reflects the diversity of the community you serve, you should be financially penalised – consider it a partial refund for poor customer care.

The cabbage soup diet will not work for you. You will be miserable; you will fart a lot, and you will gain weight.  Seriously, I would say, all things work together for your good, so take your time.

What is your next challenge, and what are you hoping to achieve in the future?

I am moving into doing more onscreen work by way of TV presenting and developing a pilot for career and well-being TV show. All very exciting, daunting yet good things happen outside of your comfort zone, right?!